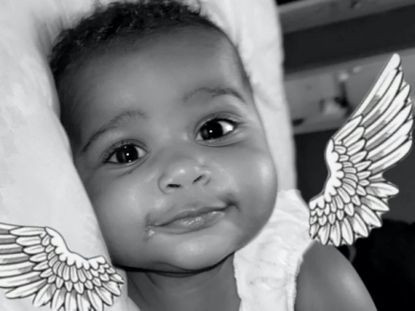 7-month-old girl dies after being attacked by dog

A 7-month-old girl has died after being attacked by a dog in Georgia.

The baby, identified as Serenity Garnett, of Grovetown, was being watched by her great-grandmother, Migdelia Guadalupe, when she was attacked by the dog on Tuesday, March 22.

The 56 year old great grandmother, was also injured after attempting to rescue the baby girl.

Local Georgia television station WRDW-TV reported that Guadalupe had multiple lacerations and puncture wounds on her arms after the attack.

Guadalupe’s injuries are not life-threatening and she continues to recover at a hospital, according to the report.

According to an incident report released by the Columbia County Sheriff’s Office, the great-grandmother was renting the property in Martinez, a suburb of Augusta, Georgia and the dog, an American Bulldog Great Pyreness mix, belongs to a woman who co-owns the property with her brother.

Police came to the crime scene around 12:15 p.m. on Tuesday. When they arrived at the residence, Columbia County Fire and Rescue personnel was already rendering aid to the victims.

The baby was taken to a nearby hospital and was confirmed dead at 6:45 p.m.

State law requires any animal that bites a person to be confined and observed for 10 days. According to The Augusta Chronicle, the dog is now being held in quarantine at Columbia County Animal Services.

As at press time more than 250 people have donated a total of $13,410 after the baby’s aunt started a GoFundMe campaign to cover her funeral expenses.

“Our sweet baby girl Serenity Rose gained her wings at only 7 months old due to an animal attack,” Kenda Crawley wrote in part. “Every penny will go towards funeral expenses for burying our baby girl,” she added.