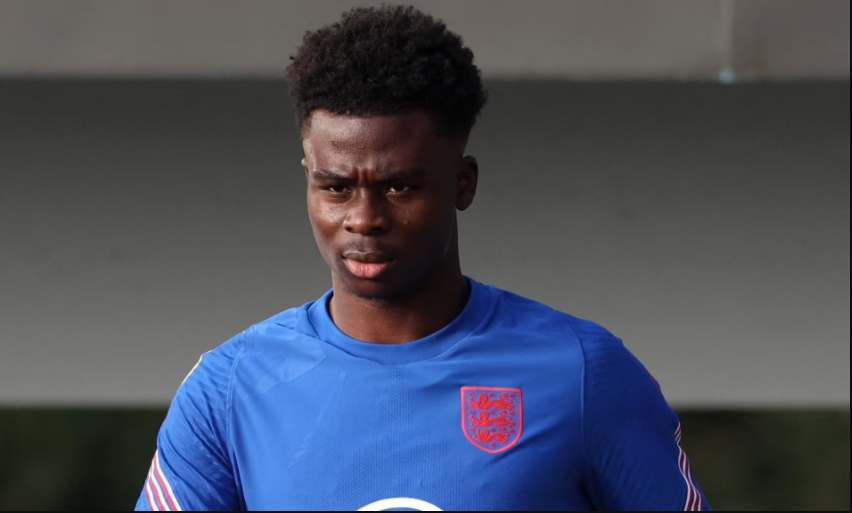 Arsenal star. Bukayo Saka out of England squad after testing positive for Covid

Arsenal superstar, Bukayo Saka has been ruled out for England after testing positive for Covid-19.

Saka has left the Three Lions’ camp, where he had been isolating since Wednesday, and is now back home.

The FA released the following statement: “Bukayo Saka has left the England camp having tested positive for COVID-19.

“The Arsenal player had been isolating from the rest of the squad at St. George’s Park since Wednesday and has now returned home.

“No further replacements are planned with a squad of 24 in place for the forthcoming fixtures against Switzerland on Saturday and Côte d’Ivoire on Tuesday at Wembley.”

Manager Gareth Southgate is not expected to call up any replacements for the upcoming international friendlies against Switzerland and Ivory Coast.

Recent reports suggested Saka would be out of Saturday’s clash with the Swiss due to a “mystery illness”.

The winger becomes the latest player to withdraw from the England squad.

They have been replaced by Fraser Forster, Tyrick Mitchell, Kyle Walker-Peters, and Ollie Watkins.