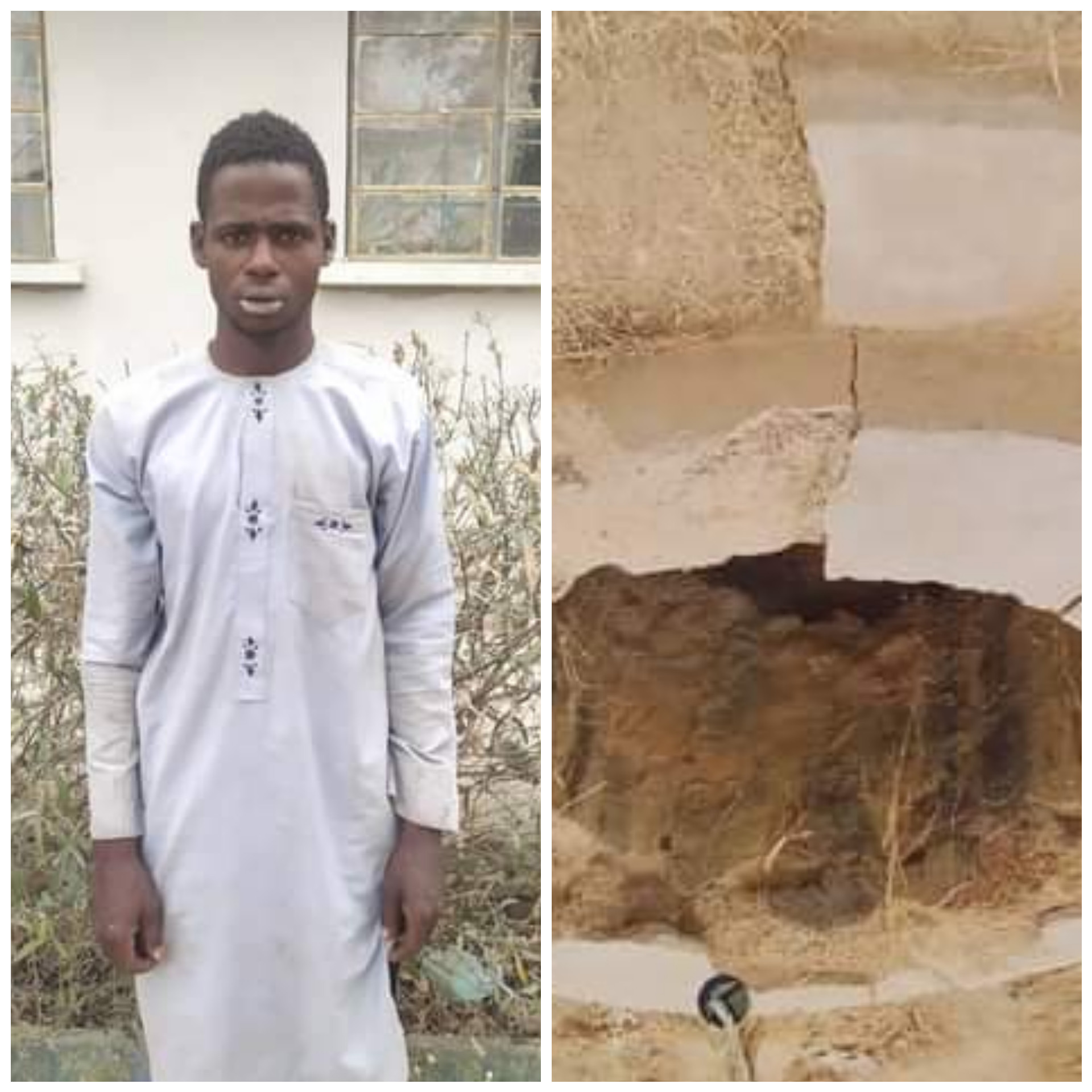 I killed her after taking intoxicating drugs

The Kano State Police Command has arrested one Naziru Magaji, 25, for killing an 80-year-old grandmother.

Spokesperson of the command, SP Abdullahi Haruna Kiyawa, who disclosed this in a statement on Friday March 25, said the suspect beat up the old woman, who was his elder sister and threw her inside a deep well after allegedly taking intoxicating drugs.

“On the 24/03/2022 at about 1300hrs, a complaint was received from a resident of Wangara Village, Tofa LGA Kano State that, on the same date at about 1200hrs, one Naziru Magaji, ‘m’, 25 years old, of Kununu Yalwa Danziyal, Rimin Gado LGA, Kano State beat up his elder sister, one Habiba Abubakar, ‘f’, 80 years old and threw her body in an old deep well,” tthe PPRO stated.

“On receipt of the report, the Commissioner of Police, Kano State Command, CP Sama’ila Shu’aibu Dikko, raised and instructed a team of detectives led by CSP Isiyaku Mustapha Daura, Divisional Police Officer, Tofa Division to proceed to the scene.

The team immediately went to the scene removed the body from the well and rushed to Tofa General Hospital where the grandmother was examined and confirmed dead by Medical Doctor.

“On preliminary investigation, the suspect confessed that he is mentally stable, he beat up the 80-year old grandmother and threw her body inside a well. And that, he committed the act after taking intoxicating drugs called exol. He further confessed that he has been in the habit of taking hallucinating/intoxicating drugs for a long period. That, he was warned severally by his mother to desist from the act, but he refused to heed the advice,”

The case has been transferred to the Homicide Section of the Command’s Criminal Investigation Department, after which the suspect will be charged to court upon completion of the discreet investigation.

Meanwhile, the Commissioner of Police, Kano State Command, CP Sama’ila Shu’aibu Dikko, has warned that criminals will have no hiding place in Kano State.

He advised them to either repent or leave the State completely. Otherwise, they will be arrested and face the full wrath of the Law.

He also thanked the Kano State Government, the good people of the State, other security agencies, Civil Society Organizations (CSOs), and Community Policing Stakeholders for their prayers, encouragement, continuous support, and cooperation. He urged residents to pray for the State, the Nation and report incidences to the nearest Police Station, and not to take laws into their hands.

Rigorous patrol, raids of criminal hideouts, and black spots will continue throughout the State, as the Command will sustain the ongoing “Operation Puff Adder” that is based on rapid response to distress calls, the CP added.