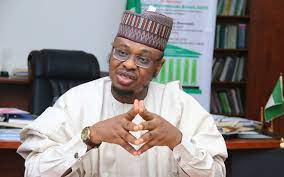 One of the sons of the Minister of Communication and Digital Economy, Isa Pantami, who was reportedly kidnapped in Bauchi State, has been rescued.

DailyTrust reports that the minister’s son was found at a checkpoint in Dambam, one of the Local Government Areas of Bauchi State, on Friday, March 25.

The victim, who was identified as Alamin Isa Ali Pantami, lives with his grandmother.

Confirming his release, one of the victim’s guardians, said

“We just left the house; he is back home now. He was found in Dambam, where his abductors dropped him. They dropped him at a checkpoint and from there, he was brought home.”

It is not clear if a ransom was paid for his release.