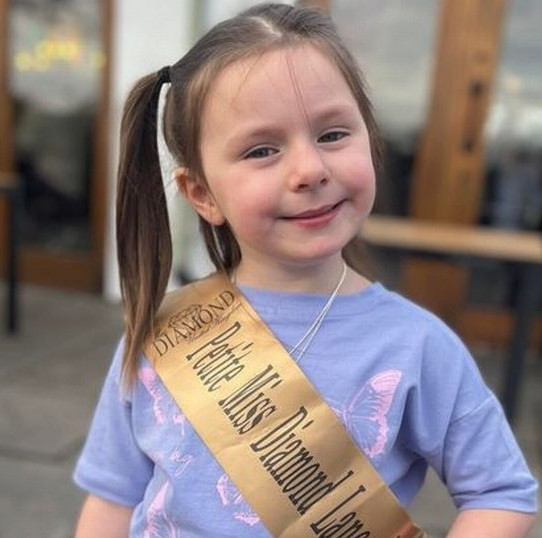 A mum has expressed outrage after being told her 4-year-old daughter is overweight following a Body Mass Index (BMI) weight check at school.

Lauren Ormesher, from Skelmersdale, Lancashire, was sent a letter telling her that her daughter Maggie Heron was classed as overweight following tests she had done at Cobbs Brow Primary School.

Maggie does dancing every week and has recently been crowned the “petite” Lancashire winner of a national pageant celebrating diversity called “Miss Diamond UK”, LancsLive report.

To hear her active daughter tagged overweight by her school angered Lauren and she took to Facebook to express outrage. Her post resonated with a lot of mothers who said they received the same letter from their children’s schools.

“We got a letter home saying she’s overweight – I put a post up on Facebook and it turns out a lot of kids all over the country got this letter saying they’re overweight,” Lauren said.

“It’s nothing to do with school – a lot of parents had it and had received letters; one was from South Wales and some were from London area and all over the place.

“Our letter was addressed to the parent or guardian of Maggie and it said she was overweight according to their test.”

She added: “I was quite shocked as she’s a very healthy child and to see the word “overweight“ seemed crazy.

“Then I felt angry at the damage a letter like this could do to such young children.”

Lauren, 32, is campaigning for an end to BMI weight checks of children due to concerns that the letters could lead to parents restricting their children’s diets or children developing mental health issues or eating disorders.

She said: “My concern was that some parents might put their kids on a diet and eating disorders, and all the stress that this entails.

“Maggie is quite active – she goes Morris dancing once a week, and she’s not overweight or anything in the slightest. It’s about spreading awareness.

“A lot of people are not happy with the BMI weight checks.

“There are alternative methods of keeping children healthy rather than weight checking them.

“The BMI method measures your weight against your height. Most medical professionals will say it’s not accurate; it’s quite damaging really – they’re telling healthy children that they are overweight or obese.

“A lot of parents are getting concerned, especially with Year 6 children who are old enough to understand.

“One child who’s had a letter is a gymnast; it’s a bit concerning that they are still using that method.”

She added: “It causes the parents stress as well, if they feel they’ve failed as a parent and their child is fine. It only takes one parent to say let’s put you on a diet and that diet culture can put a child into thinking that that’s a normal way to live.

“You have children with eating disorders and it isn’t a good way for a child to feel healthy.”