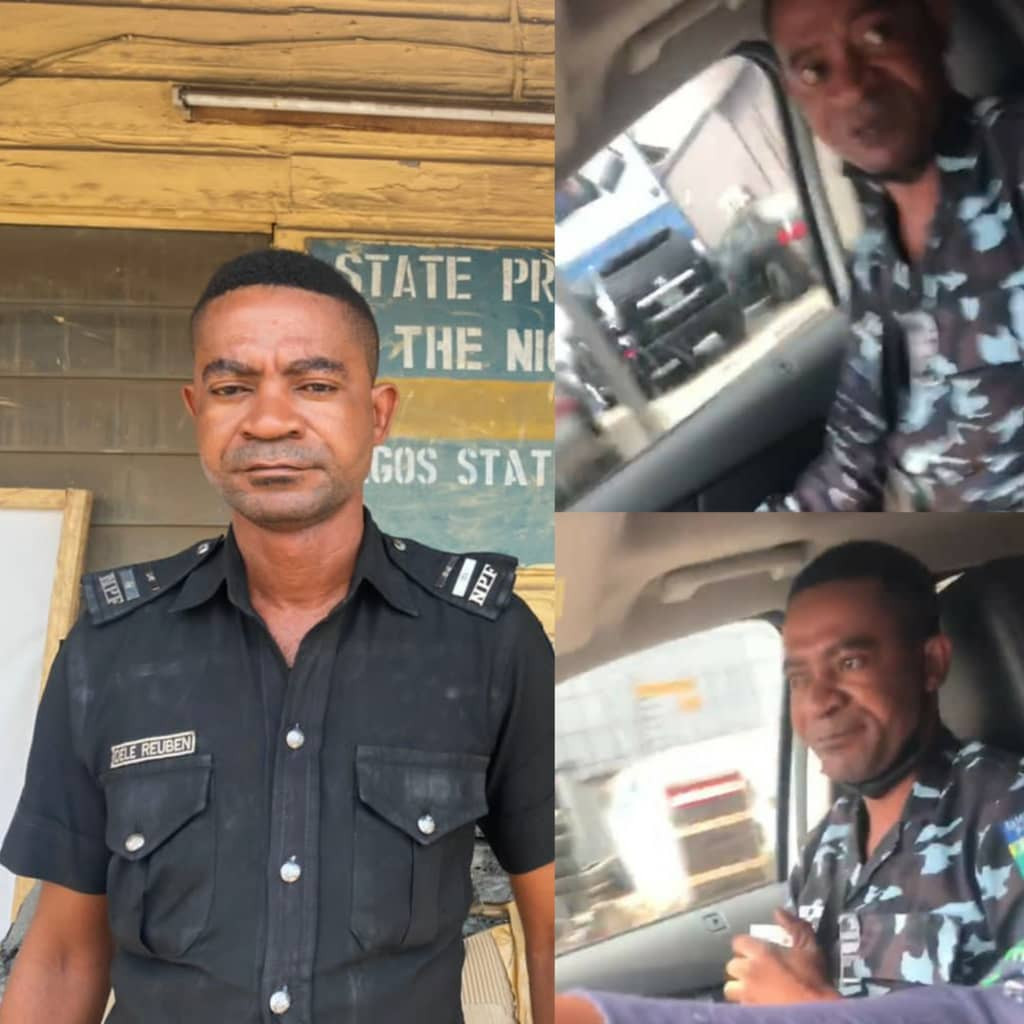 The Lagos State Police Command says it has arrested Inspector Dele Reuben, the officer captured in a viral video harassing a motorist for the now-suspended tinted glasses permit.

A statement released by the spokesperson of the command, SP Benjamin Hundeyin says the erring officer is currently undergoing an orderly room trial.

”His arrest came on the heels of the directive of the Lagos State Commissioner of Police, CP Abiodun Alabi, fdc, mnim, psc that the errant officer be identified, arrested and decisively dealt with.

CP Alabi has further reiterated to his officer and men his zero tolerance for harassment, extortion and abuse of rights of citizens. He equally assured the general public that the Lagos State Police Command under his watch will continually strengthen its internal disciplinary mechanisms.”