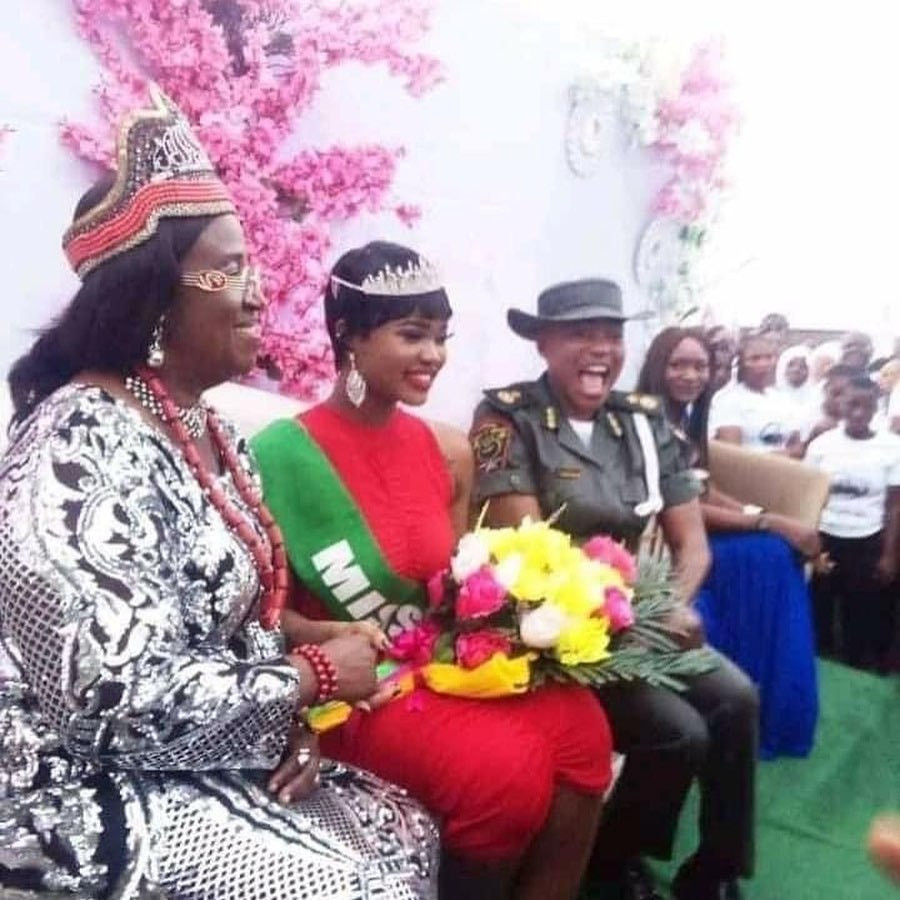 The Comptroller of the Nigerian Correctional Center in Kirikiri, Lagos state, Lizzie Ekpendu, has been redeployed following the recent beauty pageant held in the facility in which murder suspect, Chidinma Ojukwu, won the crown.

Recall that early this month, photos of Chidinma and other female inmates contesting for the crown of ”Miss Cell” hit the internet.

While some Nigerians felt such activities are good for the well-being of inmates, many Nigerians felt it was insulting to the Usifo Family to see photos of the prime suspect in the murder of the Super TV boss participating in such a pageant when they are still grieving his loss.

Vanguard reports that although the prison authorities defended the action, the comptroller of the female prisons, Mrs Ekpendu, was redeployed last week as a result of the matter.

One of the prison officials who spokes anonymously confirmed this development. According to the source, Mrs Ekpendu was redeployed to the Lagos Command Headquarters, Alagbon, Ikoyi.

“I can confirm to you that Mrs Ekpendu, the Comptroller of Kirikiri Female Prison has been redeployed to the  Lagos Command Headquarters, Ikoyi. She has been replaced by another senior female officer.”the source said