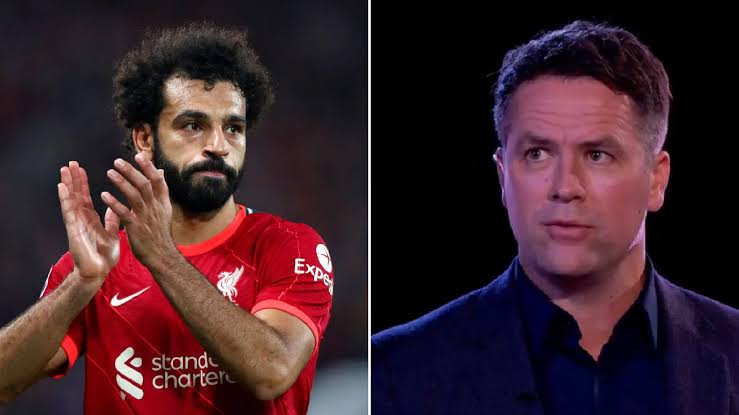 Sign a new contract with Liverpool, what are the options at the moment? – Michael Owen tells Mo Salah

Liverpool legend Michael Owen has stated that he expects star player, Mohamed Salah to sign a new contract this summer.

The Egyptian is out of contract in the summer of 2023, which means he would leave the club as a free player in a year’s time.

His wage demands have not been met by Liverpool who are wary of destroying the wage structure at the club but if he doesnt extend his deak this summer, they may have to sell him in the latter stages of the transfer window.

However, former Liverpool striker Michael Owen says signing a new contract is the best option for the 2021 Ballon d’or nominee.

Owen told BBC Sport: “I’d be very surprised if Mo Salah didn’t sign with Liverpool. What are the options at the moment?

“You are only going either sideways to Manchester City or down anywhere else because there is no-one else as good as these two teams in the world at the moment.

“Let’s give everyone time because these things don’t happen overnight.

Filmmaker, Niyi Akinmolayan, explains why it is hard to work with new actors