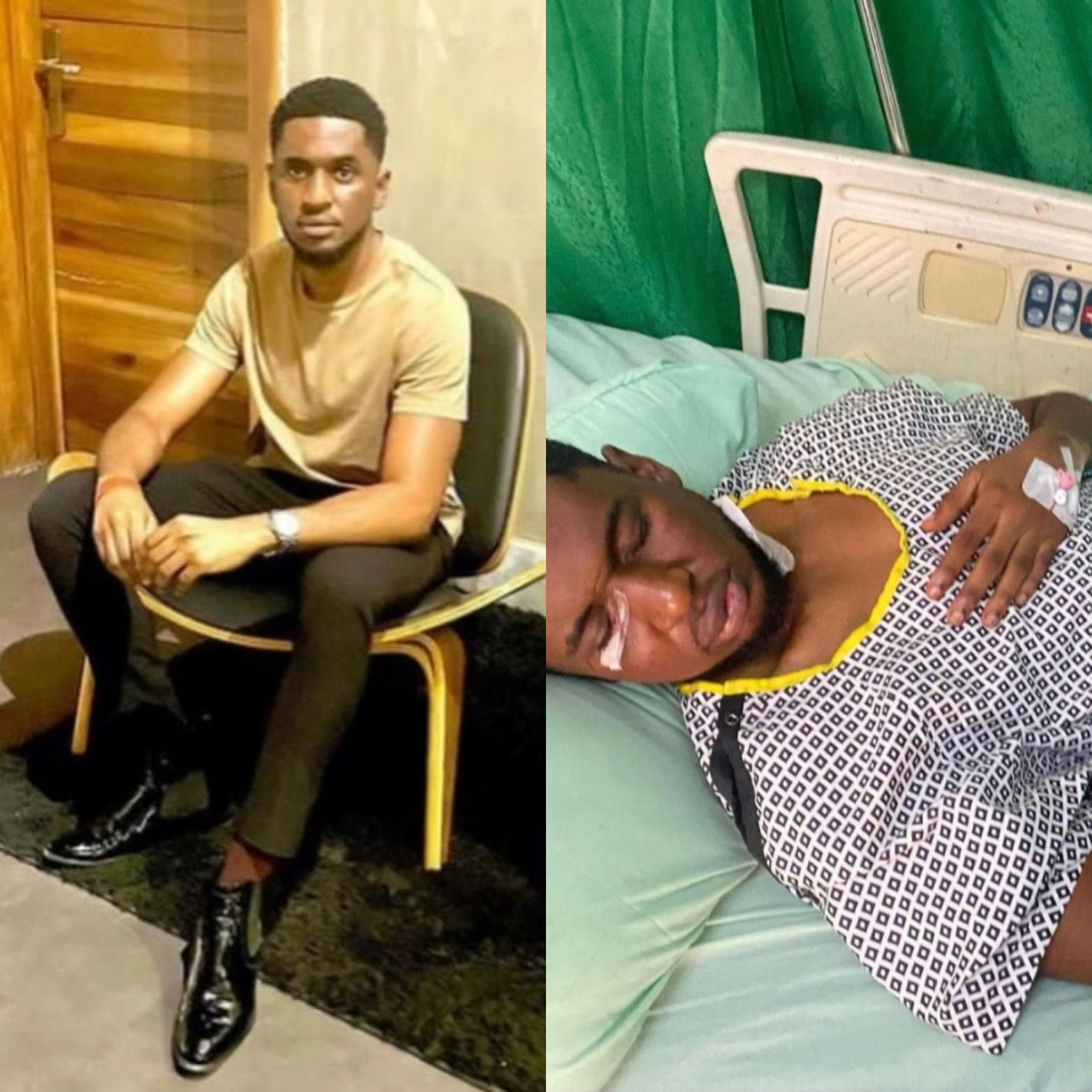 Friends of a man are demanding justice after he was admitted in a hospital following an alleged attack by a man in military uniform.

The victim, identified simply as Dr. Owen, was reportedly beaten, stabbed and shot multiples times by the uniformed man.

A friend who shared a photo of Dr Owen on his hospital bed said that if the injustice the victim suffered goes unpunished, then “it is a fact that Nigeria has completely failed its youth.”