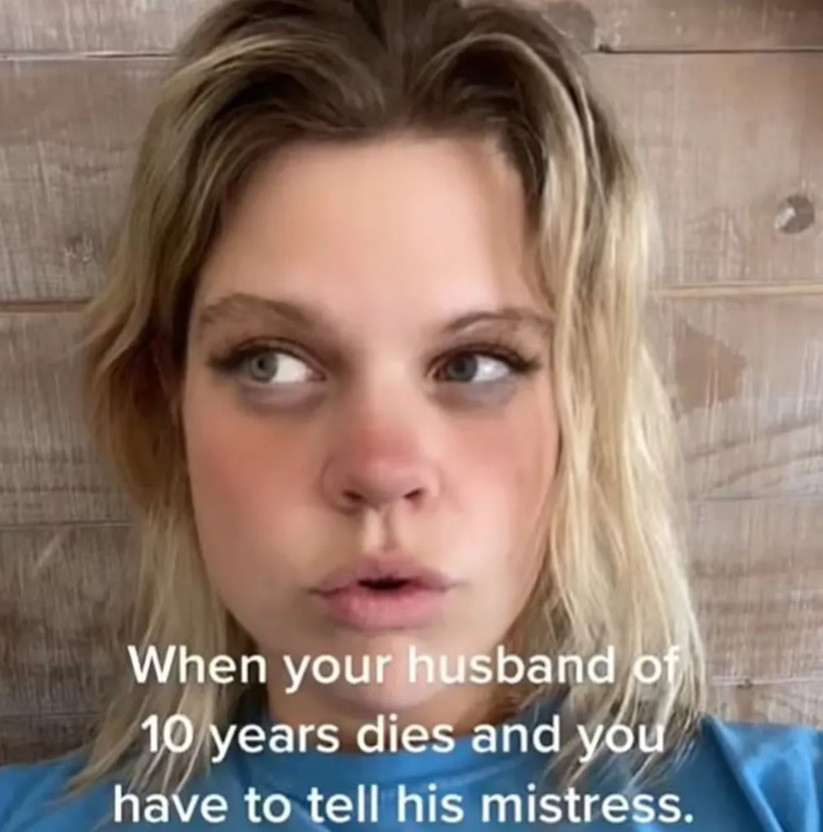 A widow has shared her chats with her late husband’s side chic.

Bridgette Davis, 36, took to TikTok to recount the awkward exchange she experienced after telling her husband’s lover that he had died.

Davis’ husband and father of her two children took his own life after a long battle with bipolar disorder.

She then sent a message to the sidechic to let her know that her husband was dead.

“When your husband of 10 years dies and you have to tell his mistress,” Davis wrote on TikTok as she shared  screenshots of her text exchange with her husband’s sidechic.

In one screenshot, the sudechic is seen asking if the wife can tell her where the man was buried so she could visit.

But the wife refused.

The wife also shared other screenshots where the mistress admits she knew the man was married.

“Women are only ready for marriage from age 35” – BBNaija star, Leo