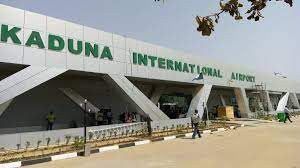 A security official of the Nigerian Airspace Management Authority NAMA has been killed after suspected terrorists attacked the Kaduna International Airport located in Igabi Local Government Area the Kaduna State on Saturday, March 26.

The terrorists who were over 200 in number were said to have taken over the airport, preventing the takeoff of an aircraft. The attack, it was gathered forced the authority to temporarily shut down activities while the military battled the suspected terrorists.

An aircraft scheduled to take off for Lagos at 12:30pm was unable to fly as a result of the presence of the terrorists at the runway of the airport.

The state government nor the state police command is yet to comment on this development.