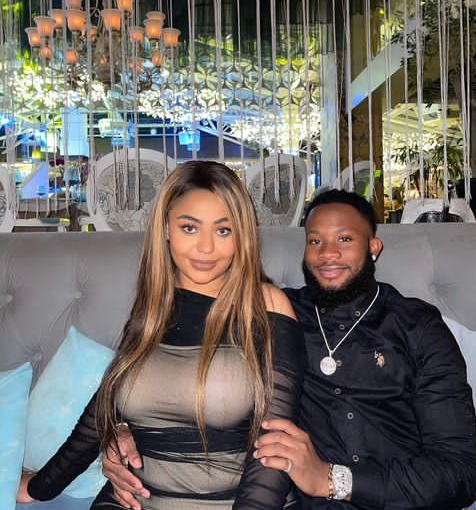 “Go to wherever you came from”

A Nigerian man who fled Ukraine due to the ongoing war, has called out staff of a restaurant in Mannheim, Germany, over alleged racial discrimination.

According to Blessed B, he had gone to the restaurant with his Ukrainian wife, however, after waiting for almost two hours for their order, one of staff told them to leave.

In the video he posted on Instagram, the worker is heard telling the couple to go back to “where they came from”

The staff further called the police on the couple after his wife expressed anger over the way he left them to attend to other customers who arrived later.

“Guys this restaurant in Mannheim @spaghettioper_offiziell are full of racists/nazis/xenophobes staffs we was there to order food and after waiting for over 1.5hr he told us to go back to where we come from Ukraine,” he wrote.

“Even called the police on us because my wife got pissed of how he was literally leaving us and going to attend to other customers that arrived after us while taking down our order .kindly help me report this page and show them @spaghettioper_offiziell that nobody has the right to make mockery of any country facing war.”

Singer 2Face Idibia wishes his mum, wife Annie and the other mothers of his children, Sunmbo and Pero a Happy Mothers day