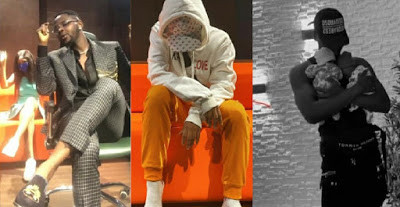 The identity of Kizz Daniel’s baby mama has been uncovered shortly after he unveiled her on social media.

Recall earlier today March 27, the singer shared a photo of the mother of his children who he described as “MJ”, in commemoration of this year’s Mother’s day.

MJ has now been uncovered to be Ovajoja, a masked dancer and entertainment promoter who has always called the singer her “bestie” for years and also dresses as a tomboy.

The two have been dating for a while and they’ve sparked speculation of being married after a ring was spotted on Ovajoja’s finger in the photo Kizz Daniel shared.

‘Is NATO being run by Russia?’- President Zelensky accuses NATO of being intimidated by Russia