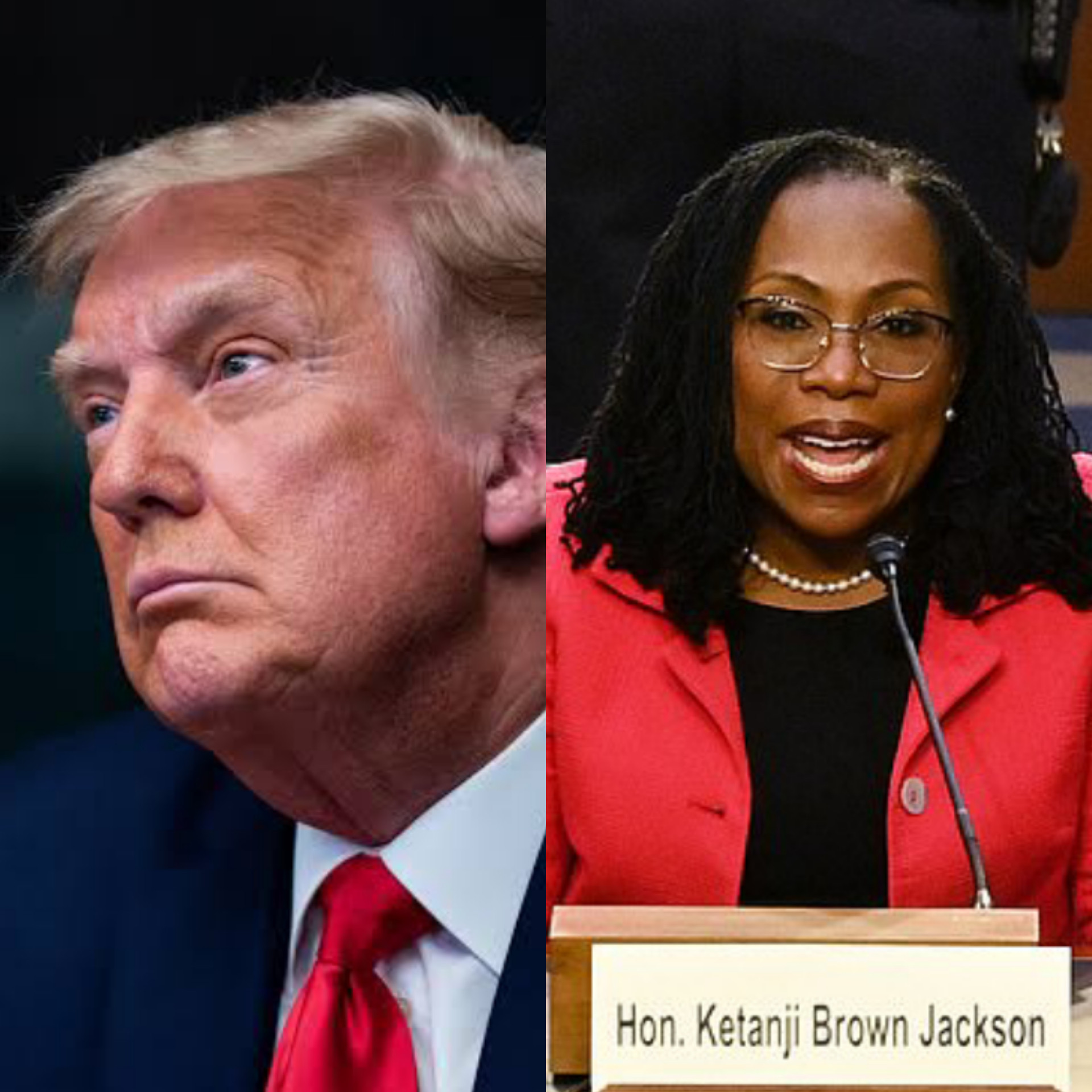 Donald Trump has lashed out at Supreme Court nominee Ketanji Brown Jackson, saying he doesn’t support her nominations after she refused to define the word ‘woman’ during Senate confirmation hearings.

During Senate hearings this week, Jackson repeatedly refused to define ‘woman’ under questioning from Republicans, who pressed the issue.

At Tuesday’s hearing, Senator Marsha Blackburn quoted late Supreme Court Justice Ruth Bader Ginsburg, saying: ‘Physical differences between men and women are enduring. The two sexes are not fungible. A community made up exclusively of one sex is different from a community composed of both.’

Do you agree with Justice Ginsburg that there are physical differences between men and women that are enduring?’ the senator asked.

When Jackson claimed she had never heard the quote, Blackburn asked directly: ‘Can you define the word ”woman”?’

‘Can I provide a definition?’ Jackson responded.

Her statement has now brought the ire of former US president, Donald Trump.

Speaking at a rally in Commerce, Georgia on Saturday night, March 26, Trump blasted Jackson’s stance which comes hot on the heels of the controversy of transgender swimmer Lia Thomas’ NCAA title.

‘The left has become so extreme that we now have a justice being nominated to the Supreme Court who testified under oath that she could not say what a woman is,’ said Trump.

‘If she can’t even say what a woman is. How on earth can she be trusted to say what the Constitution is?’

‘A party that’s unwilling to admit that men and women are biologically different, in defiance of all scientific and human history, is a party that should not be anywhere near the levers of power,’ added Trump.