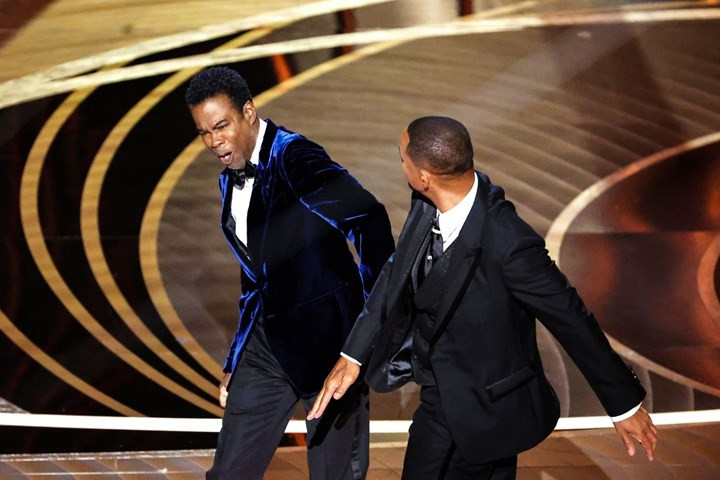 If Will can assault Chris and still receive an award, Kanye West should be allowed to perform at the grammys

The internet has reacted to Will Smith hitting Chris Rock at the Oscars.

The Awards show was running smoothly on Sunday night, March 27, until presenter Chris Rock made a joke that prompted Will Smith aggressively off his seat and up on stage.

The comedian suggested Will’s Smith wife Jada Pinkett Smith might appear in a GI Jane sequel to which Will initially smiled at the jab, while Jada rolled her eyes.

Will then marched upstage towards Rock and hit him square across the face. He then returned to his seat, yelling: “leave my wife’s name out your f—ing mouth.”

The joke by Chris Rock referred to the 1997 Demi Moore movie GI Jane, where the actress shaved her head. Jada has recently been very open with fans about suffering hair loss due to alopecia.

The internet was quick to react to the fiasco with some supporting Will Smith for standing up for his wife while most condemned the actor for going physical.

Others compared the situation to the Kanye West/Pete Davison furore saying Kanye got dropped from his Grammies performance for his racist post about Trevor Noah but Will Smith still received an Oscar award despite assaulting someone on live TV.