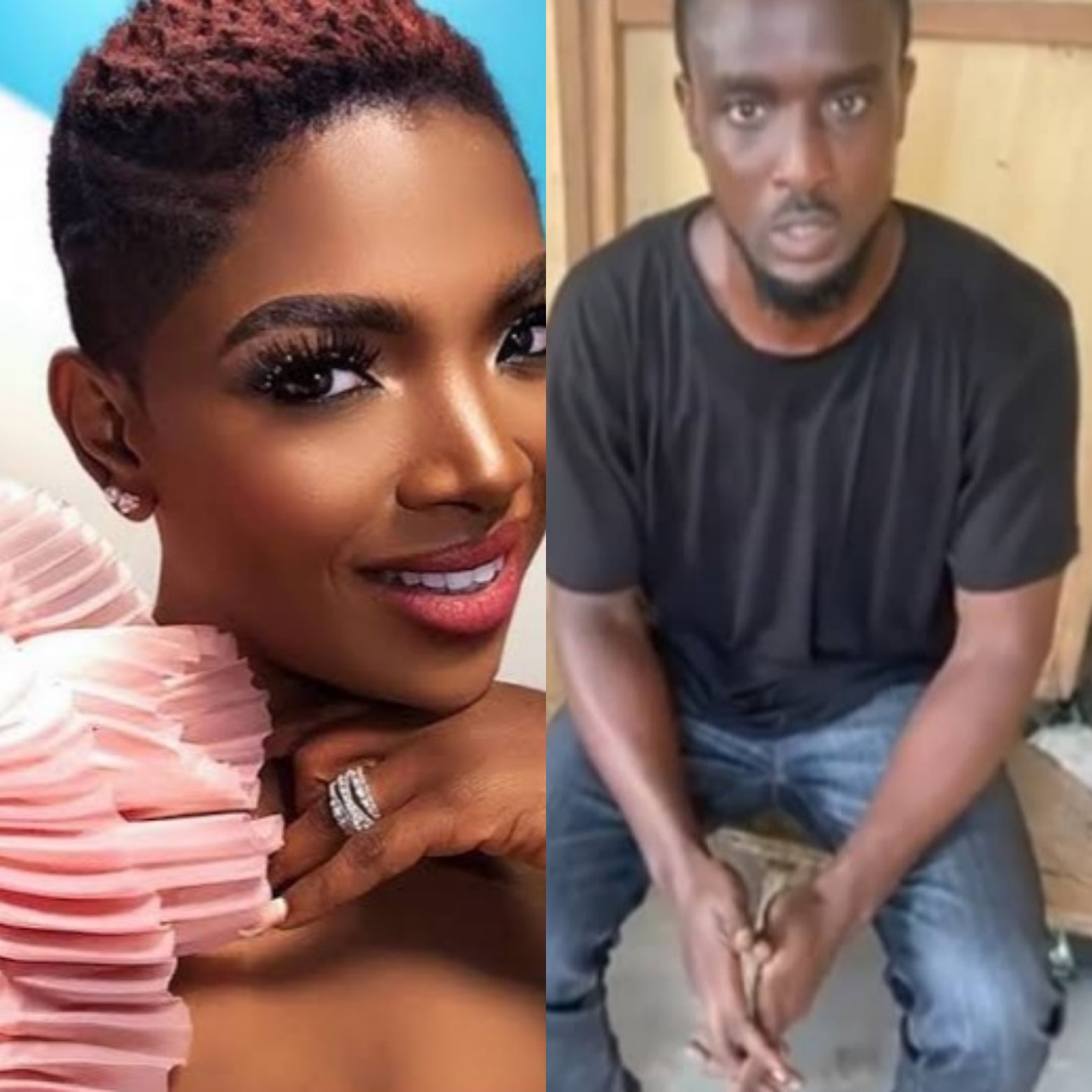 Wisdom Macauley, one of Annie Macauley Idibia’s elder brothers, has taken to Instagram to call his famous sister out.

Wisdom, who is married, said he works for Annie but she never pays him, instead, she only gives him paltry sums like “20K, 30K” and turned him into her “slave”.

He added that when she’s angry, she stops giving him anything at all.

He said Tuface recently sent him some money after years of begging but the money wasn’t enough to meet his family’s needs.

In a video shared via his Instagram account, he apologised to Imo State indigenes for not paying his wife’s bride price and blamed his inability to pay on Annie not giving him money.

He also accused Annie of being a drug addict.

He said: “Annie introduced me to drugs, hard drugs. Annie is a drug addict. She takes it every day. She’s so violent.

He also accused Annie of not granting his wishes whenever he begs her for things.

He also accused Annie of using him.

“Annie is evil, like, she doesn’t want me to be able to stand on my own.”

He continued: “Every slight opportunity  she will call my wife and insult my wife. She insults everybody. She’s violent. Every night she’s on drug, every day she’s on drug.”

He added that since Annie wouldn’t buy him a car, he begged her for the smallest car in her compound so he can use for Uber but she refused.

He said he took the car on Wednesday morning, March 30, while leaving Annie’s house and she sent her driver together with some knife-wielding men to come after him. He eventually left the car on the road and ran away.

He said his “life is at risk” and claimed that Annie has been sending threats to him.

He said: “I want Nigerians to know today that if anything happens to me or any member of my family, it is not far from Annie. I need help. I cannot continue like this, I’m scared. I don’t know what I’m going to do next. She’s on drugs.

Below is a new video of Wisdom Macauley calling Annie out.

Below is a video shared months ago when Annie’s brother, Uduak Macauley, disowned her.