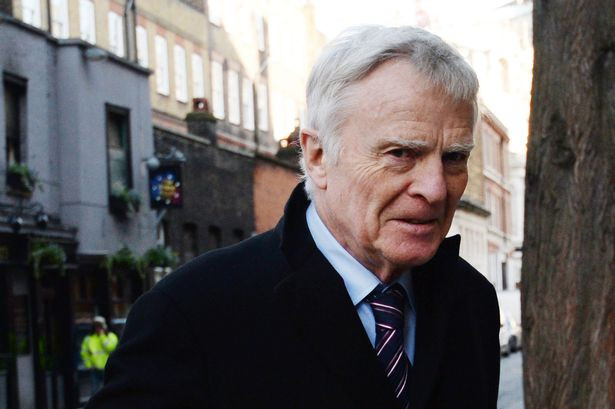 Former F1 boss Max Mosley shot himself after learning his cancer was terminal, a coroner has concluded.

Mr. Mosley died in his London home in May 2021. The 81-year-old had been in debilitating pain.

Westminster Coroner’s Court heard that he shared his plans, had a final meal with his wife, and wrote a suicide note.

Senior Coroner Dr. Fiona Wilcox recorded a conclusion of suicide, saying she was “satisfied” Mr. Mosley intended to kill himself.

Having exhausted all the treatment options, doctors had told him he likely had a “very limited life expectancy” and he had been moved to palliative care.

Mr. Mosley contacted his personal assistant the night before he was found dead to tell him about his decision to kill himself.

He could not be persuaded and had formed a “settled intent”, the court heard, and a suicide note was found the following day.

Dr. Wilcox recorded a cause of death as a gunshot wound, adding that the cancer was a contributing factor to the death of “a remarkable man”.

She said: “I am also entirely satisfied Mr. Mosley would not have undertaken this action but for the distressing and debilitating terminal lymphoma.”

The inquest also heard from Mr. Mosley’s relatives that he felt his biggest achievement as president of the Federation Internationale de l’Automobile (FIA) – the governing body for F1 racing and non-profit representing motoring interests worldwide – was “the promotion of road safety” and “green technology in F1”.

Mr. Mosley led motorsport’s governing body the FIA from 1993 to 2009 and, in his role as FIA president, initiated widespread reforms of safety procedures in Formula 1 following the death of Ayrton Senna in 1994.

On learning of his death, ex-Formula 1 boss Bernie Ecclestone said it was “like losing a brother”.

At the time, Mr. Ecclestone said: “He did, a lot of good things not just for motorsport, also the [car] industry. He was very good in making sure people built cars that were safe.”