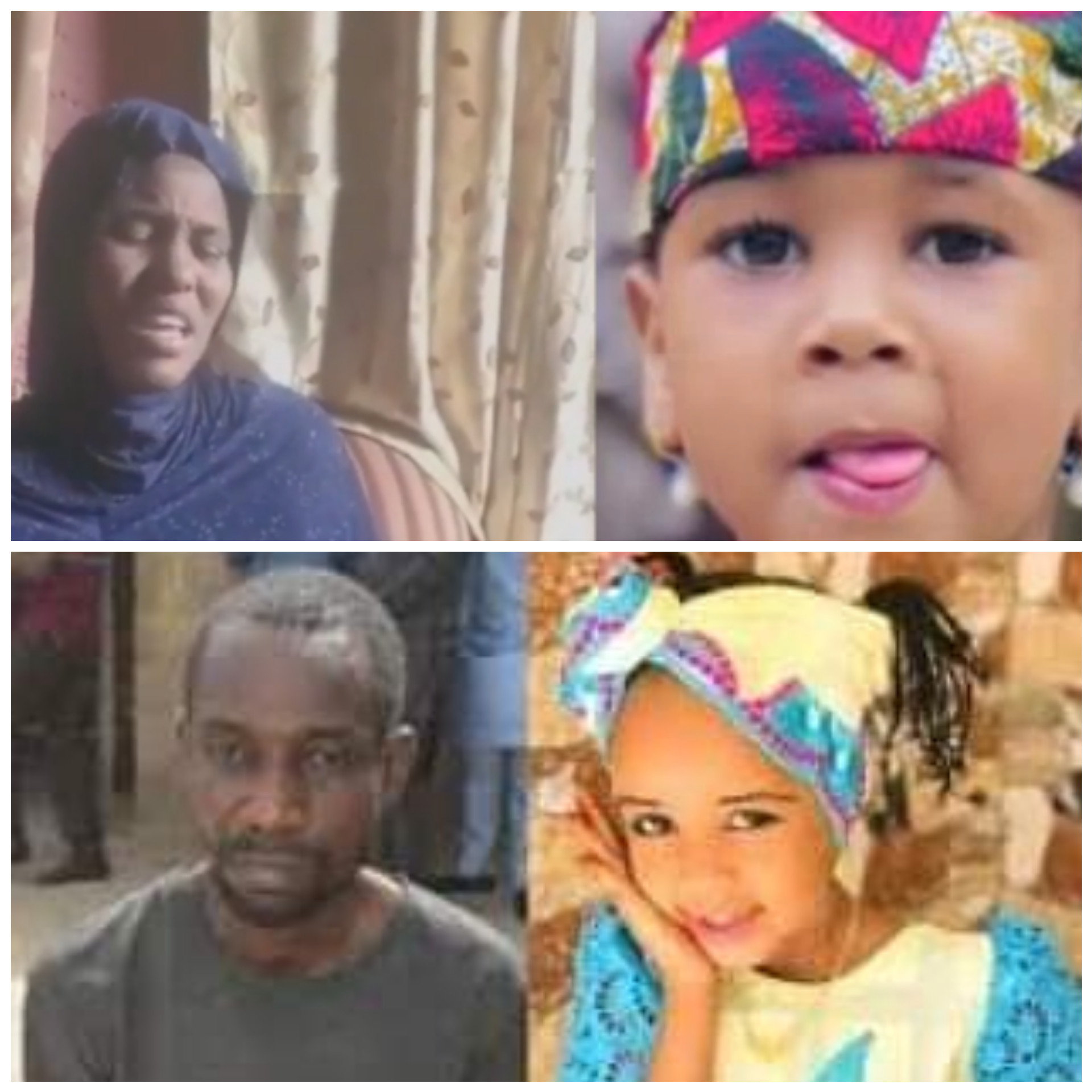 “He prayed that God will allow us to see her”

Murja Suleiman Zubairu, mother of the slain 5-year-old girl, Hanifa Abubakar, has narrated an encounter with the self confessed killer of her daughter.

It will be recalled that Hanifa was kidnapped on December 4, 2021, on her way back from Islamiyya in Kano state and killed by Abdulmalik Tanko who initially demanded N6 ransom from her family.

Tanko, proprietor of Noble Kids Academy, the school the deceased attended confessed to killing her with N100 rat poison.

Testifying in court as the seventh prosecution witness on Wednesday, March 30, Murja tearfully recalled that it was Hanifa that brought the school flier to them and asked to be enrolled in the school.

The emotional mother said that she initially refused her late daughter’s request, adding that from the first day they took the slain youngster to the school, she (Hanifa) had warmed up to her would-killer.

Speaking further, 38-year-old Murja narrated how she took Hanifa to her Islamiyya school on December 4, 2021.

According to her, when the school closed around 5:30pm, a daughter of one of their neighbours ran to their house to tell them that one man had taken Hanifa away in a tricycle.

Murja said her daughter told the girls that the man was her uncle (male teacher) when they tried to stop her from entering the tricycle.

“She told me there was a new male teacher in the school and when they called him, he said he does not even know any Hanifa because he was assigned to teach in the secondary session of the school.

“The female teacher also called Abdulmalik Tanko that night in my presence and put the phone on loudspeaker and told him that Hanifa mentioned that it was her uncle that took her into the tricycle before the tricycle zoomed off with her. At that time, Abdulmalik said, ‘Subhanallahi’.

“On Monday in the morning, Abdulmalik came to my house and immediately he entered, I started crying and immediately our eyes met, he started shedding tears and I had to even console him.

“When he was leaving, he prayed that may God allow us to see her. So at that time, our suspicion left Abdulmalik because of how he acted,” she narrated.

She further narrated that she received text messages asking them for N6million ransom for the girl and the sender sent them evidence that Hanifa was in his custody.

“I opened my door around 8:30am and saw a polythene bag which contained the cardigan Hanifa wore the day she was kidnapped and her uniform badge and a black and white photograph of Hanifa and told Hanifa’s father on the need to take the person sending the text seriously. He then informed the police,”

She said a text came in immediately she turned on her phone, stating: “We have brought evidence of your daughter being with us but your phone is switched off, if you lose the evidence, that’s on you.”

When the abductor later called and asked if they were satisfied with the evidence, Murja said she told him she didn’t see anything.

“Immediately after the call, I told my husband that I feel that Hanifa is dead. I told him that since I was born, I have never perceived the kind of stench from the cardigan but they told me it was an odour from a mosquito repellant.

“They then took the evidence to the DSS and police. My husband then told me that I should text the person and ask for voice evidence or make a live video of Hanifa. When I sent the text, he replied that he knew this was a police strategy as such he won’t do either.

“He later sent a text saying he will tell us where to find Hanifa’s hijab as the last evidence he will give us. He then directed us to Kwankwasiyya village that we should count 21 street lights and we will see a black nylon inside an uncompleted building which contained Hanifa’s hijab. The stench from the hijab was the same as the earlier evidence,” she narrated.

“She also narrated how the proprietor asked them to take the ransom to the same location they saw Hanifa’s hijab and how he was later arrested while trying to pick the second tranche of the ransom money.

She said when she saw Tanko at the police station, she asked him what Hanifa did to him and what she did to him, and that Tanko begged for forgiveness saying “it was a money problem and he knew he will get the money from us. He later told me he was the one that brought the evidence to the door of our house.”

Meanwhile, the matter has been adjourned to April 12 for cross-examination of the witness.