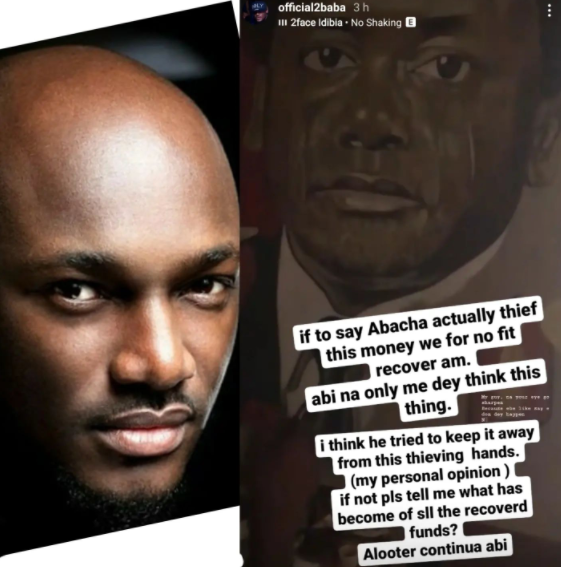 2face has taken to his Instastories to raise questions about the monies said to have been stolen by former military dictator, late Sani Abacha.

In his post, 2face opined that Abacha might not have stolen while he was president, but instead kept the funds away from people who he felt were going to steal them.

He wondered what has become of the Abacha loot recovered by successive governments.

We want more, says Ronaldo as Portugal qualify for Qatar 2022

Man who was brutally flogged in Bayelsa over allegation of stealing soap finally gets justice as court awards N450,000 damage against violators