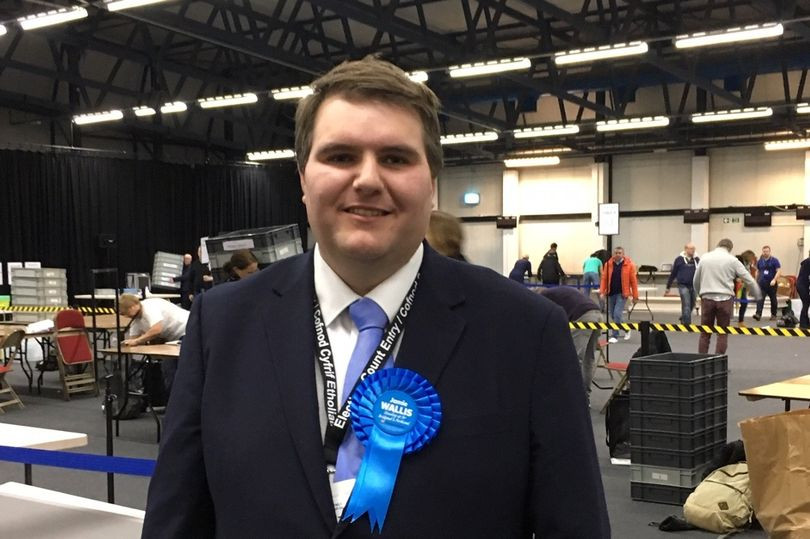 Jamie Wallis has become the first British member of parliament to come out as trans.

The Bridgend MP released a lengthy personal statement revealing he was raped and blackmailed, wants to transition to a woman and also suffers from post-traumatic stress disorder (PTSD).

Jamie Wallis, who was elected in 2019, said he was “not OK” and has “never lived my truth”. The lawmaker who also revealed that he’s been diagnosed with gender dysphoria, claimed he’s been blackmailed with the diagnosis by someone who demanded £50,000 to keep quiet.

The lawmaker further disclosed that he was raped in September after refusing to have sex with an internet date.

“I ‘hooked up’ with someone who I met online and when I chose to say ‘no’ on the basis that he wouldn’t wear a condom he chose to rape me. I have not been myself since the incident and I don’t think I will ever recover.

Dr Wallis said he was “outed” as trans to his father in April 2020 and had pictures sent to family members in a blackmail ordeal. He revealed the blackmailer demanded £50,000 to “keep quiet” but eventually was jailed for 2 years.

He also said that he fled from a car crash on November 28 because he was terrified. “I’m sorry if it appears I ran away but that isn’t how it happened in the moment”, he said.

“Tonight the parliamentary party had a photo in the chamber and then we went for dinner together. It was nice, especially for those of us in the 2019 intake of MPs who haven’t done anything like that before.

“It was lovely to speak to colleagues away from Parliament and I appreciated the occasion for a number of reasons. I’ve had a lot of support from the Whips since I was elected. Not for the reasons you might think, but there’s a lot that goes on in MPs lives and the Whips play an important wellbeing role – as far as I’ve seen they try their best to support and help MPs who are having a tough time. Well they’ve certainly earned their keep with me.

“I’m trans, or to be more accurate, I want to be. I’ve been diagnosed with gender dysphoria and I’ve felt this way since I was a very young child. I had no intention of ever sharing this with you. I always imagined I would leave politics well before I ever said this out loud.

“There was a close call in April 2020 when someone blackmailed me, outed me to my father and sent photographs to other family members. He wanted £50,000 to keep quiet. The police were so supportive, so understanding and on this occasion the system words. He pled guilty and was sentenced to two years and nine months in prison.

“For a while it seemed as though I would be able to get on with things and move on. Being an MP and hiding something like this was always going to be tough, but I arrogantly assumed I was up for it. Well, I’m not.

“A few months ago in September I ‘hooked up’ with someone who I met online and when I chose to say ‘no’ on the basis that he wouldn’t wear a condom he chose to rape me. I have not been myself since the incident and I don’t think I will ever recover. It is not something you ever forget, and it is not something you ever move on from. Since then, things have really taken a tumble, I am not ok.

“When I crashed my car on November 28, I fled the scene. I did so because I was terrified. I have PTSD and I honestly have no idea what I was doing except I was overcome by an overwhelming sense of fear. I am sorry that it appears I ‘ran away’ but this isn’t how it happened in the moment. Tonight I was reminded of the incredible support those you work with can provide. Also, I was reminded how important it is to be yourself. I have never lived my truth and I’m not sure how. Perhaps it starts with telling everyone”.

His statement was met with a slew of support from fellow Tories online.