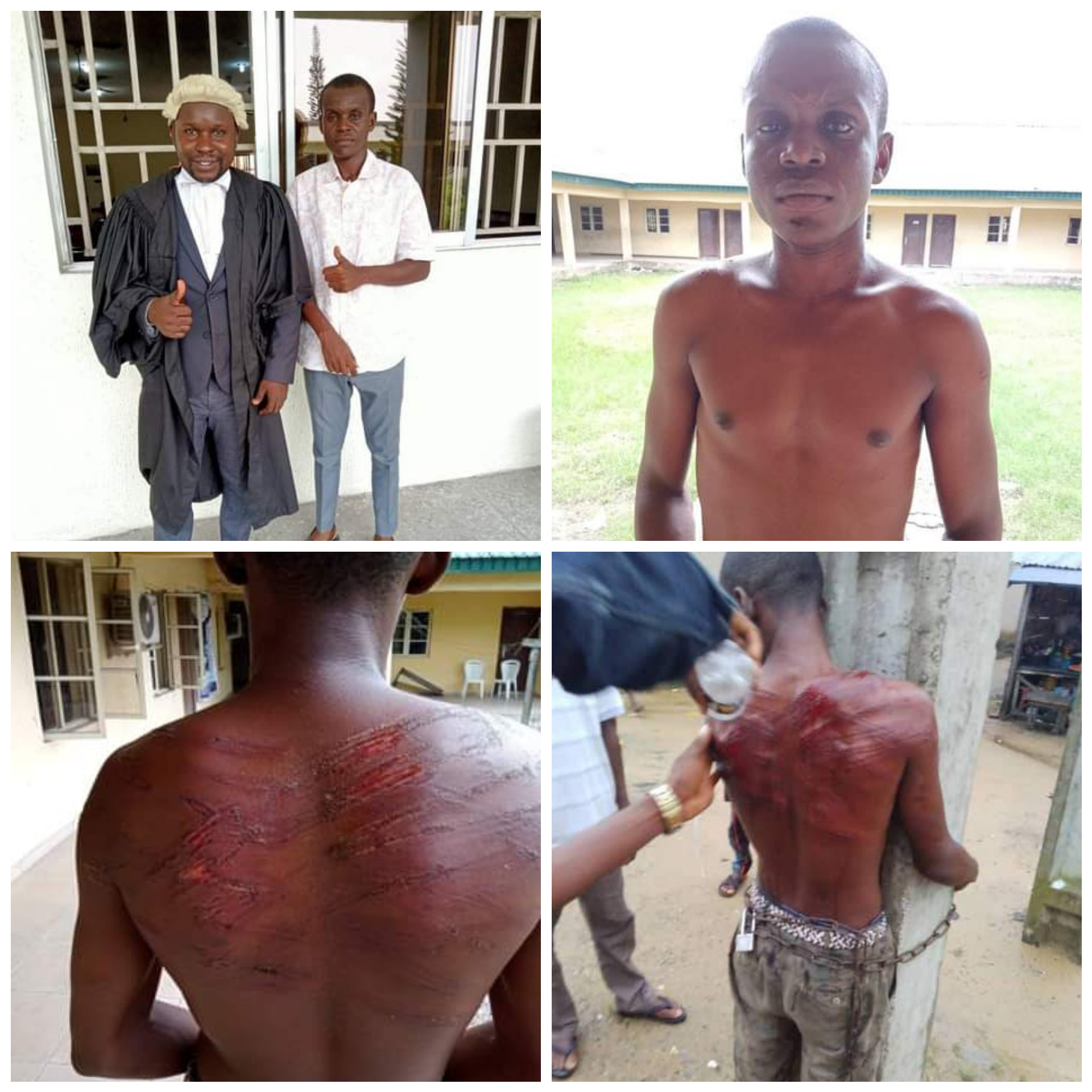 Man who was brutally flogged in Bayelsa over allegation of stealing soap finally gets justice as court awards N450,000 damage against violators

The Bayelsa State High Court has awarded the sum of N450,000 against some members of Okolobiri community for violation of the fundamental human right of Otoworo Woyengidenyefa Collins.

LIB had reported that the victim was paraded in the community, beaten, harassed, tied to a pole and publicly flogged after he was wrongly accused of stealing soap in a supermarket.

Counsel to the victim, Barr. Ebi Robert, who confirmed the development on Wednesday, March 30, after the judgement was delivered, said the court asked the violators to apologize to the victim as well.

“Glory to God, as I got Judgement in favour of the young man who was beaten by some jungle justice players for allegedly stealing soap sometimes last year,” the lawyer said.

“It gladdens my heart each time I get justice when standing for the defenceless. Recall that some months ago, I had made a post about a young man who was beaten mercilessly by some persons in the Okolobiri community in Bayelsa State, over an allegation of stealing soap in a Supermarket

“I was contacted to take up the matter which I did, and after the legal battle, the Bayelsa State High Court gave Judgment in my favour, confirming the infringement of the Applicant’s (Otoworo Woyengidenyefa) right to dignity of human person.

“The court awarded the sum of N450,000 to be paid, and that the violators in the community should write a written apology to the young man.

“This judgement has cleared the name of the young man, and will as well serve as deterrence to those who love jungle justice. Imagine if this boy had died in the process?

“I want to thank the Almighty God for the strength. It’s not easy. Sometimes, we receive threats, but God has always been faithful. When you stand for justice and truth, God will help you

“I want to take out this time to also appreciate all the human rights lovers who showed solidarity in this case, Justice has been served at last. We are nothing but pencil in the hand of the Creator. Ebi Robert Esq”