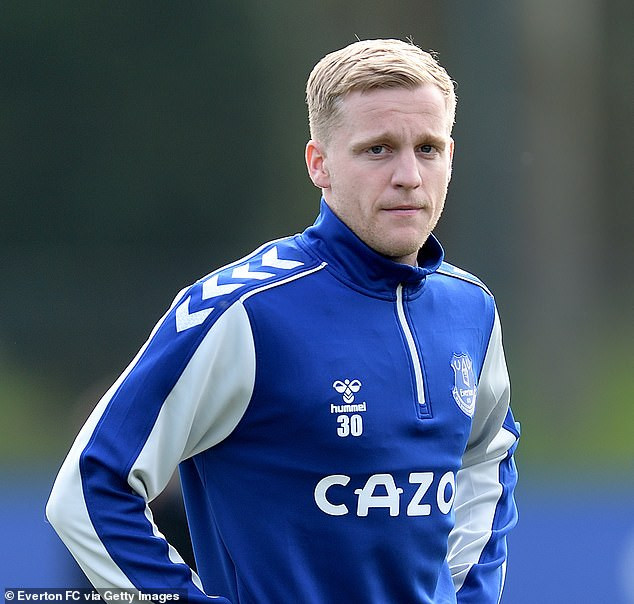 And he has now revealed to UA Tribuna that van de Beek, said he would pay to rent a house for those displaced by the conflict.

He said: ‘Everyone came up and asked how my family was, my friends. On the second day the head coach came up and said: ‘if you need a rest…if you need time, take your time.

‘I am grateful to the club for its support from all sides. The administrator in charge of the equipment said: ‘I know what your situation is. I understand how difficult it is for you. Come to us for dinner, let’s talk.

‘A physiotherapist came up and said: ‘I have a room, a bed for two people. Those who have nowhere to live, we are ready to shelter them.’ I am pleasantly shocked. Honestly I’m shocked.

‘Donny van de Beek, a world-class player, approaches me and says, ‘I want to rent a house for people, whether in the Netherlands or in Poland. We will take them from the border, settle them, pay for it.’ I don’t know how to thank these people.’

Mykolenko, a 22-year-old player who arrived from Dynamo Kyiv on New Year’s Day, was named Everton captain in their FA Cup fifth-round tie against Boreham Wood as a gesture of support by the club.

“Marriage is sweet” – Actress, Mo Bimpe says as she shares goofy video of herself and husband, Lateef Adedimeji (watch)