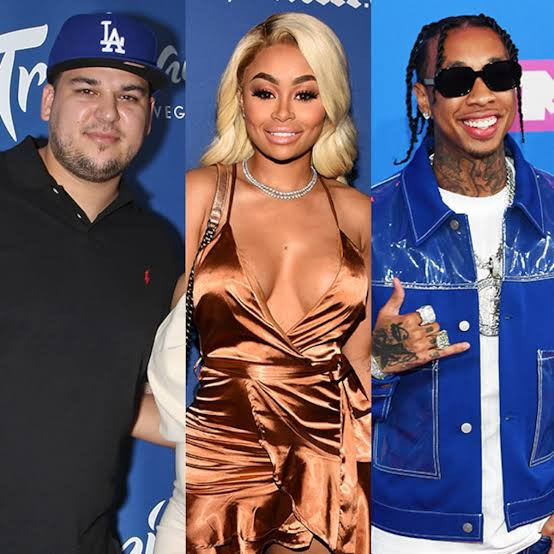 Rob Kardashian and Tyga have both taken to Instagram to react to claims by Blac Chyna that she gets no child support from them.

Chyna had taken to Twitter to write that she had to give up 3 of her cars because she gets no child support and she’s a single mother.

Rob, who shares daughter Dream with Chyna, took to Instagram to respond. He said he pays their daughter’s school fees and has her with him from Tuesday to Saturday every week. He added that he pays her medical bills and for all her extracurricular activities. He then asked why he has to still pay child support after all that.

Tyga, who shares son King Cairo with Chyna, also added that he pays $40K for his son’s school fees and the boy lives with him from Monday to Saturday. He then asked why he has to pay child support after all that.

He also asked Rob Kardashian to tell him how he’s able to pay $3k less in school fees, since Rob pays $37K while he’s paying $40K for school fees.

‘Papa Nosa is back’ – Nosa Rex welcomes baby boy, says his late father who died in February is back