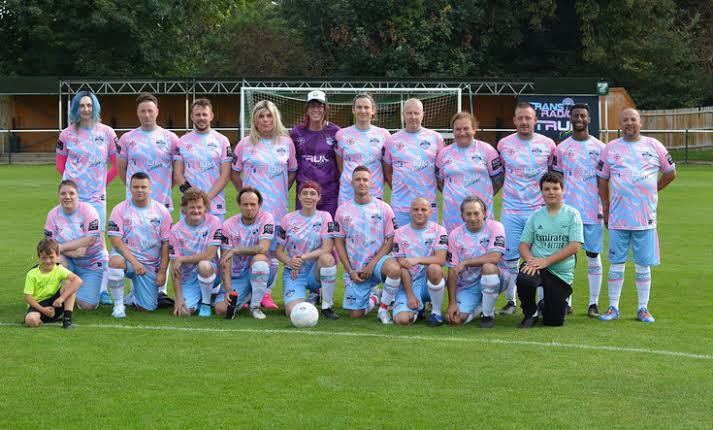 A women’s football team from the fifth tier of the English game, Dulwich Hamlet Women  is set to take  on TRUK United FC (an all transgender team) in a friendly match on ThursdayMarch 31.

The match which will take place in south London, coincides with Transgender Day of Visibility [TDoV], and TRUK United are a charity team formed from Trans Radio UK.l, a radio station dedicated to transgenders.

TRUK United are a team entirely made up of transgender women, and this will be the first time such a side has played a game in British football.

Paula Griffin, a player for TRUK United and a volunteer at Dulwich Hamlet for more than three decades said to Goal;

“I spoke to Lucy Clark [founder of TRUK], and said this might be a game we were able to arrange during the season.

“It’s taken a while to get to this stage. We were trying to look for a good date but league fixtures were being moved around. But we managed to get a date which worked well, with it being TDoV.

“I have been overwhelmed by the support the Dulwich Hamlet players and management have given to this game.

“The club has supported me so much over recent years – I’ve had cancer, I’ve come out as a transgender woman – and the support and acceptance from this club, it makes me emotional to talk about it.

“Everyone has accepted me as myself, so to be able to put on a game like this… the experience has been overwhelming.”

Dulwich Hamlet central midfielder Zoe Elmore says she will miss miss the game due to a long-term elbow injury, but says she and her fellow players have backed playing the historic game from the start.

She said: “I was the first player to catch wind that we were participating in this, and it was really exciting.

“To play devil’s advocate, it will be difficult given how our scheduling is, but it is really exciting. Our club stands for inclusivity in sport, and especially standing with women in sport.”

You must be possessed if you are still a ‘nackademus’ in this heat.— OAP Dotun