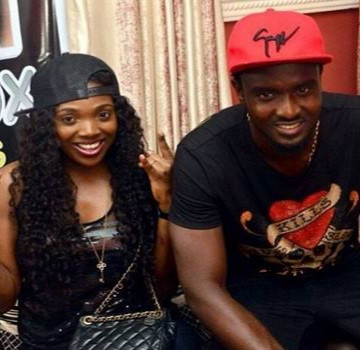 “Annie is so manipulative. She always wants me to come back to beg her” Wisdom Macaulay calls sister Annie Idibia out again and demands she pays him for work he did for her (video)

Wisdom Macaulay, the elder brother of Annie Idibia, has called his sister out again.

He said he isn’t begging Annie for charity as was assumed from his previous video, rather he wants her to pay for the job he’s done for her.

He claimed he designed Annie’s children’s clothing line, spent days and nights in Yaba getting the clothes ready, and put his time and sweat into creating the brand.

He added that in spite of all that, Annie hasn’t paid him.

He alleged that his sister doesn’t want him to stand on his own and wants him to always have to rely on her.

He said: “Annie is so manipulative. She just doesn’t want a situation where I can stand on my own and provide for my self. She always wants me to come back to beg her.”

He told Annie to pay him back and fulfill the promises she made to him.

He also shared a photo of him wearing a jacket from Annie’s kid’s clothing brand and insisted that it’s his design and concept.

He dared Annie to “deny this one.”