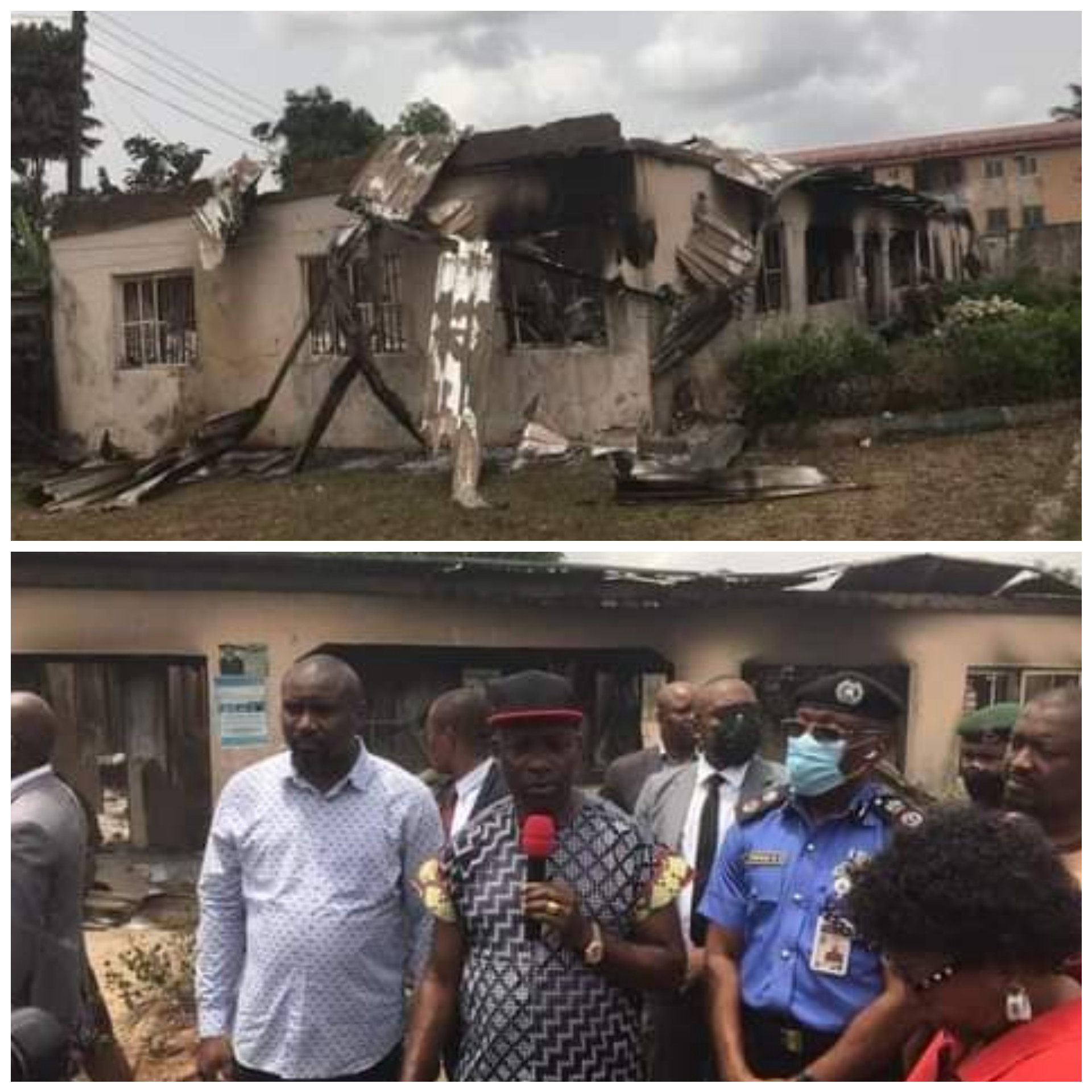 It was gathered that the unknown gunmen carried out the arson attack in the early hours of Thursday, March 31.

Confirming the incident, the State Police Public Relations Officer, DSP Ikenga Tochukwu, said the Council Headquarters has been condoned off by the police operatives and the State firefighter are also deployed there to control the situation.

The Governor in his speech described the incident as a very sad moment and emphasized that the security agencies will get to the bottom of the situation.

Soludo regretted that the common man will be at the receiving end as the money that should be used to provide the basic infrastructures would now be used for rebuilding.

Governor Soludo reiterated his resolve to restore law and order in Anambra for the sake of the people.

See more photos and the video below…