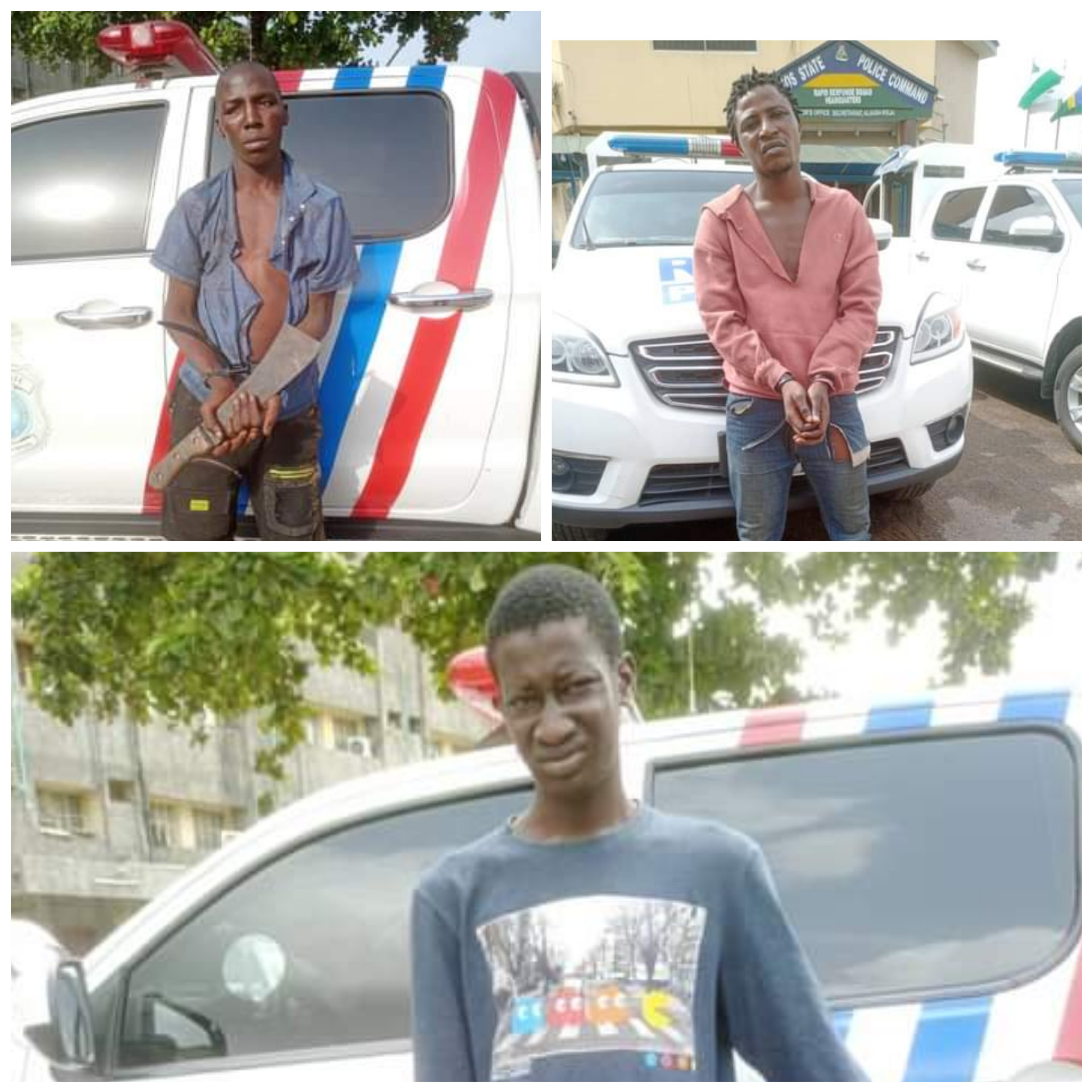 Officials of Lagos Rapid Response Squad (RRS) have arrested three notorious Awawa cult members in order to reduce the rising crime and violence in Agege area of the state.

The Commander, Rapid Response Squad (RRS), two weeks ago directed the squad’s Decoy Team to gather intelligence on some of the people behind the increasing crime and violence around Agege and effect their arrests.

The team arrested the three suspects who are part of the seven dreaded members of Awawa Cult and brains behind some of the violence and crimes around Agege in recent times. The trio were equally fingered in night and dawn robberies in Agege.

Abubakar Mohammed, popularly known as Yaba, who was recently released from prison is reputed for ‘okada’ robbery and has been in and out of police custody several times.

Nofiu Odusanya, a.k.a Alhaji Horror was arrested for been complicit in the gruesome matcheting of one Babatunde while being also involved in night and dawn robberies in Agege.

Idowu Daramola alias Magnet, is a popular pickpocket and phone snatcher as well as dusk and dawn robber around Capitol Road, Agege.

The three suspects have been taken to court for prosecution.

One dead, two rescued after US Navy plane crashes off Virginia coast