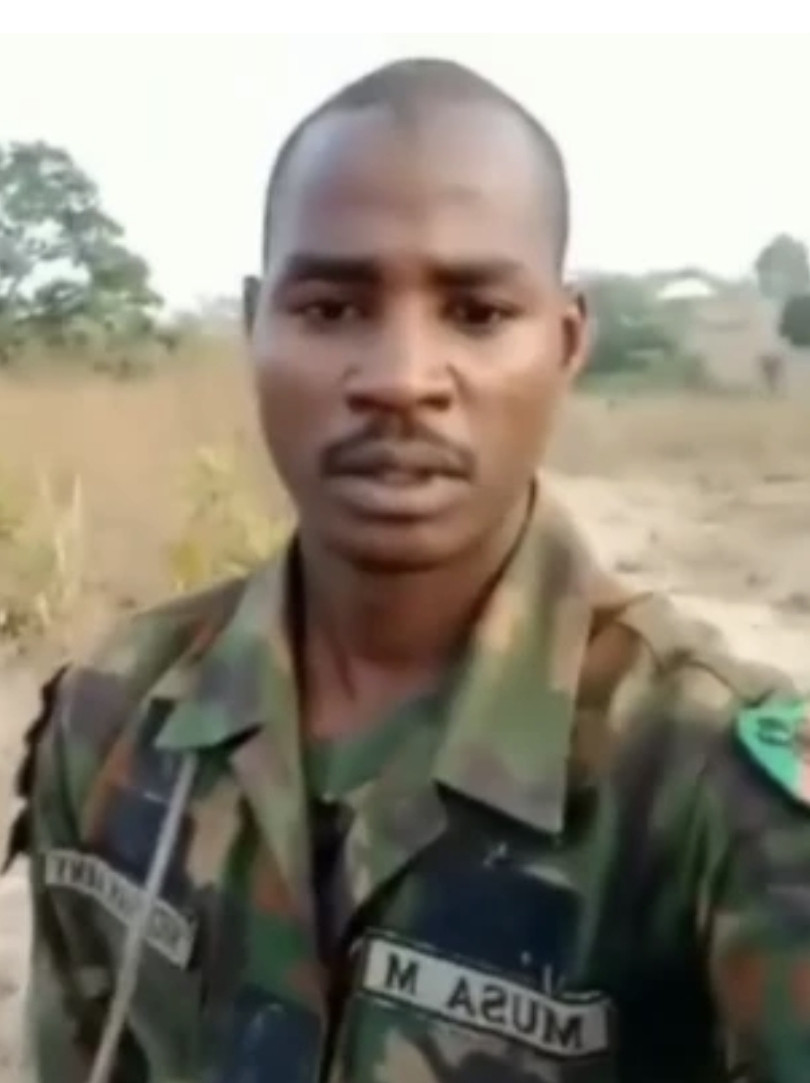 “Misleading and calculated attempt to cover up his act of cowardice”

The Nigerian Army has reacted to a viral video by a soldier purportedly abandoned by his colleagues during operations.

Director Army Public Relations, Brigadier General Onyema Nwachukwu, in a statement on Thursday March 31, described the soldier’s action as “misleading, diversionary, a calculated attempt to whip-up public sentiment and cover up his act of cowardice.”

According to the Nwachukwu, it was the soldier who abandoned his colleagues and absconded in a display of outright cowardice during an ongoing clearance operation in Gurara, Niger State.

“The attention of the Nigerian Army(NA) has been drawn to a viral video making the rounds on the social media, where a soldier on Wednesday, 30 March 2022 claimed to have been abandoned by his colleagues during operations,” the statement read.

“Contrary to the claims and impression created by the soldier in the video footage, preliminary investigations have revealed that the video footage was a deliberate attempt to shield himself from being accused of cowardice, having abandoned his colleagues during an ongoing clearance operation in Gurara, Niger State.

“It could be recalled that troops of the NA, recently carried out a clearance operation in Gurara Local Government Area of Niger State. Disappointingly, during an encounter, the said soldier abandoned his colleagues and absconded in an outright display of cowardice and possible sabotage, which negate the precepts of the military profession.

“Sensing the gravity of his action and its consequences, the soldier surreptitiously uploaded the video online in a calculated attempt to whip-up public sentiment and cover up his act of cowardice.

“The soldier’s action amounts to a betrayal of the esprit de corps and comradery that are synomous with a military unit and fighting formation, particularly during operations. The soldier’s conduct is therefore an aberration and against the ethics and core values of the military profession.

“The video footage is thus, in all intent, and purpose a misrepresentation of what actually transpired between the soldier and his colleagues.

“The soldier has rejoined his unit and further investigations are currently ongoing to unravel the reasons behind his unprofessional conduct.”