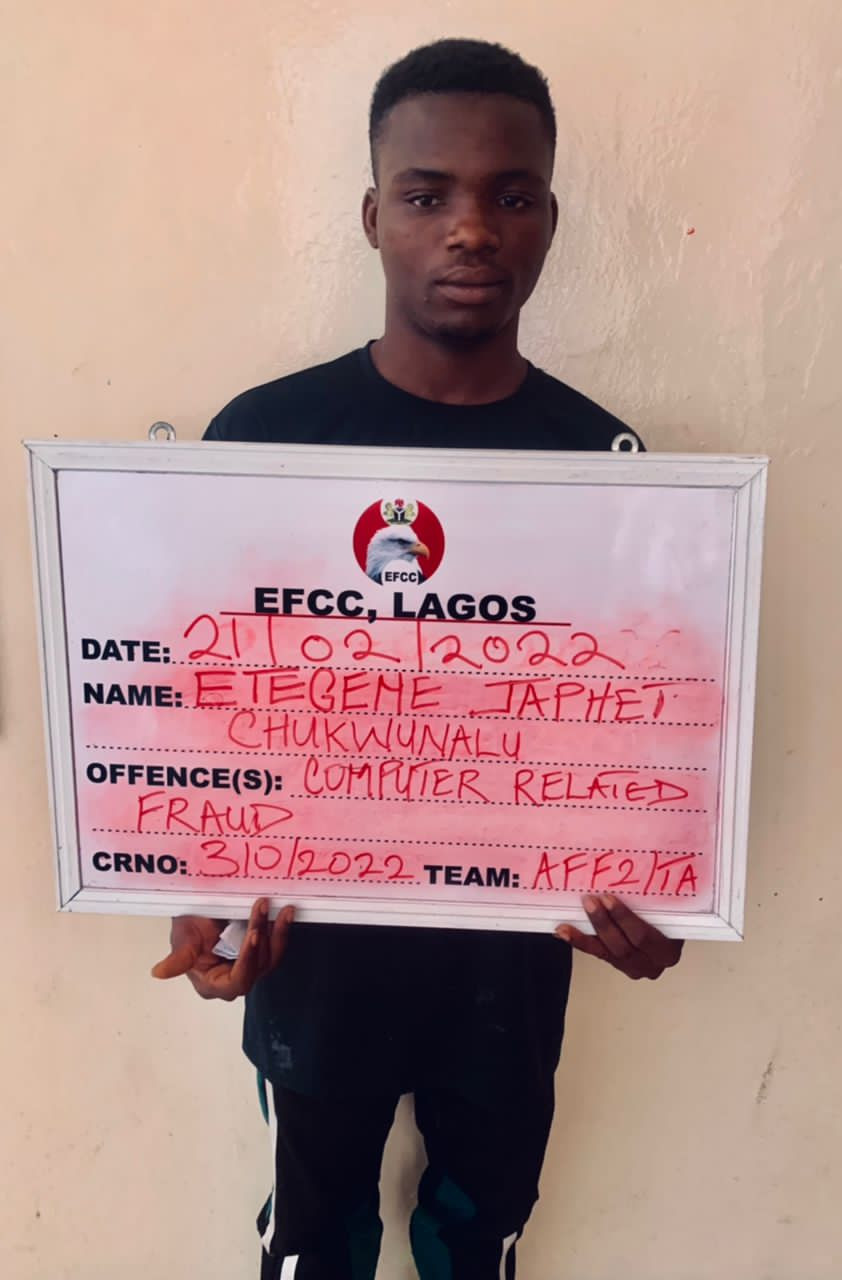 The Lagos Zonal Command of the EFCC, on Wednesday, March 30, 2022, secured the conviction and sentencing of an internet fraudster, Etegene Japheth, to six months imprisonment before Justice Oluwatoyin Taiwo of the Special Offence court sitting in Ikoyi, Lagos.

Japheth was arraigned on a one count amended charge bordering on possession of documents containing false pretence.

Japheth (aka Mr. Tim Graw and Tom Cruise), on or about the 16th day of February 2022 in Lagos, had in his possession several documents containing false pretences, one of which is a record of his conversation with several unsuspecting victims via his email address: [email protected], wherein he represented himself as Mr. Tim Graw and Tom Cruise in order to obtain gift cards and money from them, a representation he knew was false.

He pleaded “guilty” to the charge when it was read to him.

In view of his plea, the prosecuting counsel, Blessing John, reviewed the facts of the case and tendered in evidence the statement of the defendant as well as the bundle of fraudulent documents printed out from the iPhone 12 recovered from him.

The prosecution counsel also prayed that he be convicted and sentenced accordingly.

Justice Taiwo admitted them in evidence as exhibits A and B, and pronounced him guilty as charged.

He was, thereafter, sentenced to six months imprisonment, with an option of N200,000 fine.

The convict was ordered to also forfeit all items recovered from him to the Federal Government of Nigeria.