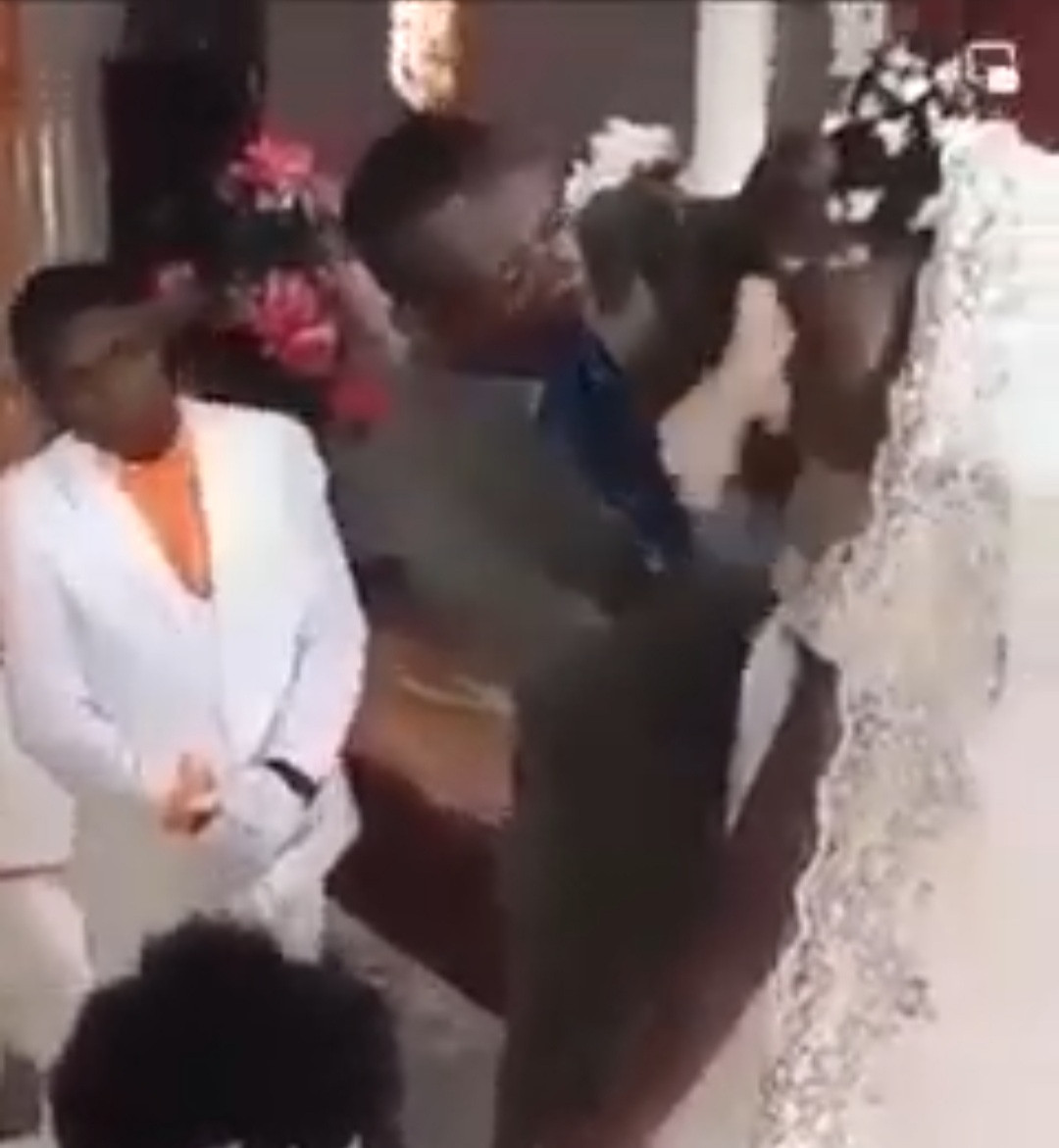 A trending video shows a pastor wiping makeup from the face of a bride and her bridesmaid.

In the video shared online, the groom and the bride are seen standing at the altar for their wedding vows when the pastor begins condemning the bride for wearing makeup.

He then gets a washcloth and uses it to wipe off her makeup. He also removes her faux lashes.

As he does this, he orders the bridesmaid to scrape off the bride’s nail polish.

When the pastor is done wiping the bride’s makeup, he turns to the bridesmaid and removes her faux lashes then wipes off her makeup too.

He then joins the bridesmaid in scraping off the bride’s artificial nails.

The groom stayed silent and watched while this was going on.

Also, church members can be heard laughing excitedly and hailing the pastor as he removed the bride and bridesmaid’s makeup.

You must be possessed if you are still a ‘nackademus’ in this heat.— OAP Dotun