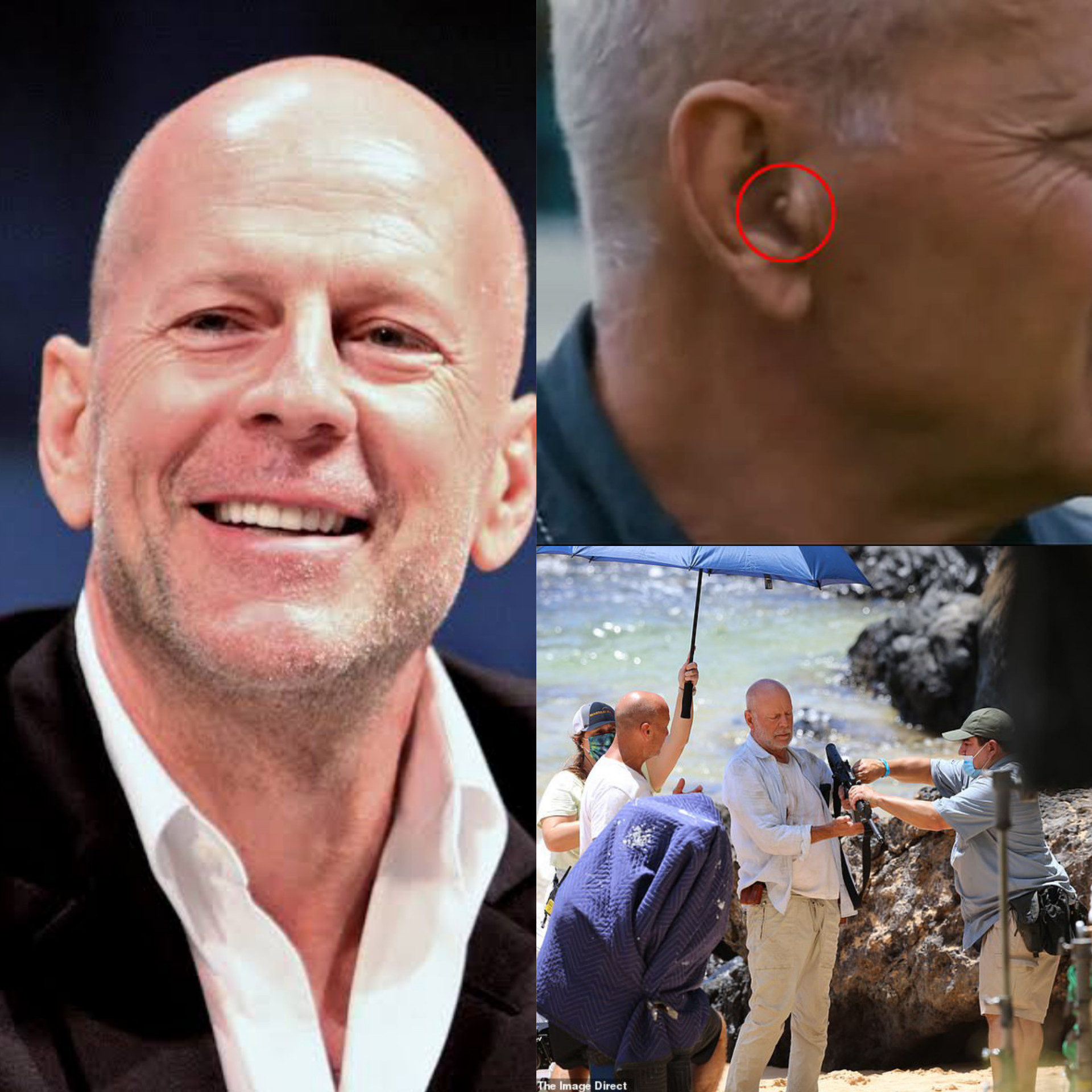 Photos have emerged showing Hollywood actor, Bruce Willis using an earpiece to aid him with his movie lines.

Bruce Willis’ family announced on Wednesday, March 30 that the famed actor had been diagnosed with a brain condition called aphasia, a brain condition that affects his ability to understand language, and will therefore be stepping away from acting.

According to  Page Six an unnamed source told the magazine of Willis’ declining cognitive ability had been an open secret in Hollywood as the actor was always having trouble acting in his films.

‘Everybody knew, the cast and crew,’ the unnamed source said, saying that Willis was ‘using earpieces, hearing things, for them to feed him the lines,’ and it ‘was increasingly difficult to have him on screen.’

The magazine said that the source revealed that films actually had to be made closer to where Willis resided with his family who have been taking care of the actor to make productions easier.

And in at least one production, the source said, producers began using a body double to increase Willis’ screen time, while in another his screen time was ‘whittled down,’ with the actor shooting on set for only three days.

The source said: ‘It was becoming super obvious he was having trouble … he could not act anymore.’

A new photo shows the actor in a scene in his new movie American Siege, which was filmed in 2020, wearing an earpiece. The photo was taken two years before the family’s announcement that Willis has aphasia.

Couple, driver, three others as driver rams into commercial bus in Delta (video)

“You always showed me love and spoke highly of me”, BBNaija’s Queen celebrates Liquorose as she clocks 27