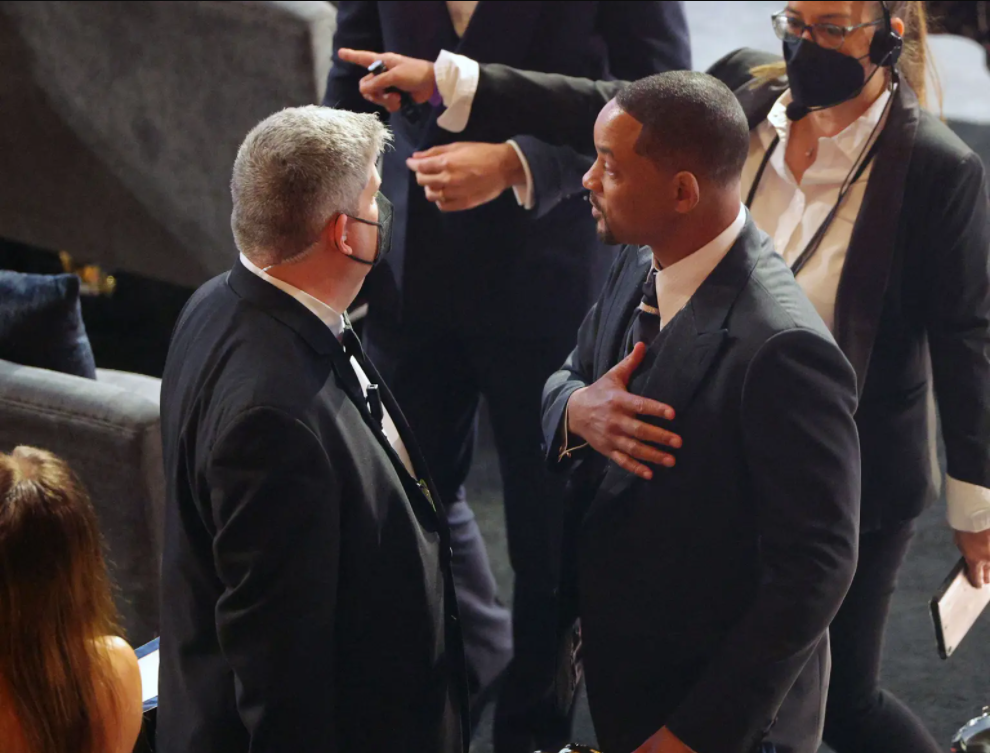 Will Smith refused to leave Oscars 2022 after Chris Rock slap

The Academy of Motion Pictures Arts and Sciences has revealed that Will Smith refused to leave the Oscars on Sunday March 27, after being asked to leave for slapping comedian Chris Rock.

This was disclosed after the academy’s board of governors met on Wednesday March 30, to initiate disciplinary proceedings against Smith for violations against the group’s standards of conduct.

The academy said disciplinary action for Smith could include suspension, expulsion or other sanctions.

The Academy told the Associated Press;

“Things unfolded in a way we could not have anticipated.

“While we would like to clarify that Mr. Smith was asked to leave the ceremony and refused, we also recognize we could have handled the situation differently.”

They didn’t comment on what measures they took to remove the “King Richard” star, but TMZ reports it was David Rubin, the President of the Academy, and Dawn Hudson, the CEO, who spoke with Smith at the show.

The Academy also apologized to the comedian in a statement, “Mr. Rock, we apologize to you for what you experienced on our stage and thank you for your resilience in that moment. We also apologize to our nominees, guests and viewers for what transpired during what should have been a celebratory event.”

The academy said Smith has the opportunity to defend himself in a written response before the board meets again on April 18. The film academy earlier condemned Smith’s onstage assault of Rock, but it used stronger language Wednesday.