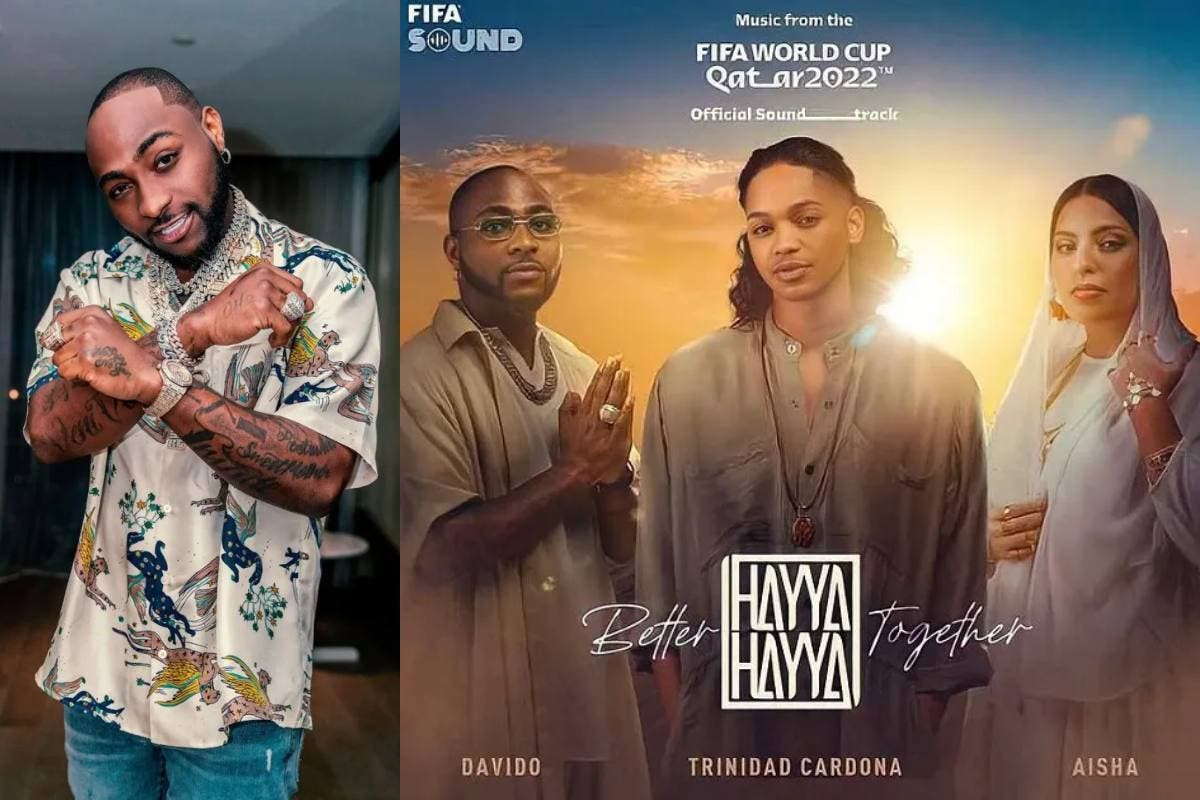 Davido has featured in an official soundtrack for World Cup.

The Nigerian singer is part of a group of musicians who have put together the official soundtrack for the 2022 World Cup holding in Qatar.

His participation means he becomes the first Nigerian artiste to feature in an official FIFA World Cup final soundtrack.

The award-winning artiste took to Twitter to make the announcement, tweeting, “I’m honored to be featured on the Official [email protected]? 2022 Soundtrack ! See y’all later 2NITE ! This one is for Africa ! TULE!!!! WE RISE !”