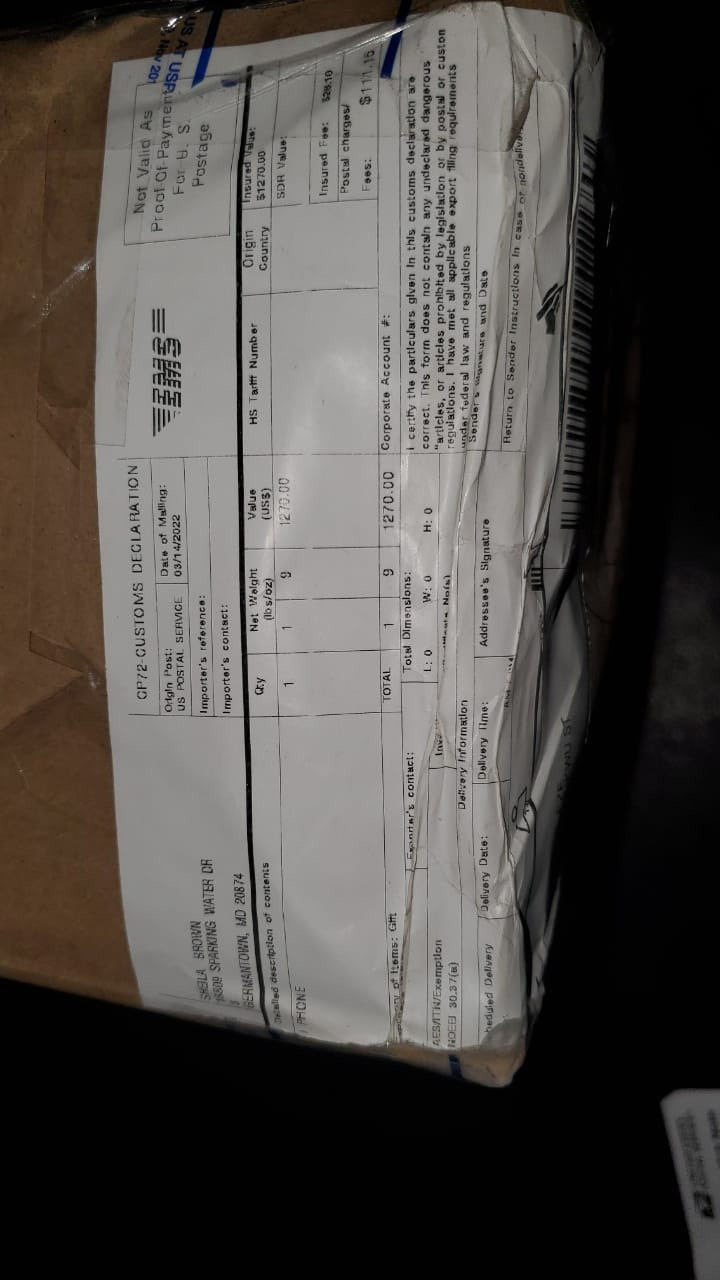 A Nigerian man has taken to Twitter to lament after being informed by the Nigerian Postal Service (NIPOST) that an iPhone 13 Pro-max that was sent to him from the US is missing.

@Ezevictorr revealed that while the parcel was declared by EMS America, NIPOST officials gave him a letter handwritten by a Nigerian EMS official claiming that his parcel arrived torn.

This country is going down the slope fast. After waiting over two weeks for an international parcel sent by my wife since the 16th of march to arrive, I got a call from Nipost/EMS yesterday asking me to come pick it up. On getting to Nipost office here in Asaba was told that there was a discrepancy on one of my parcels and I was given a letter handwritten by an Ems Nigeria official claiming that my parcel arrived torn and that the iPhone 13 pro max which was declared by EMS America to be in the box wasn’t found in it .

I don’t know even know how to process this whole thing or even where to begin pursuing this case. Attached to this thread is the letter , the receipt declaring my phone stolen, and EMS America label declaring that one phone was put in the box.

Please guys help me retweet until it gets to the right channel cos I don’t even know what to do at this point.