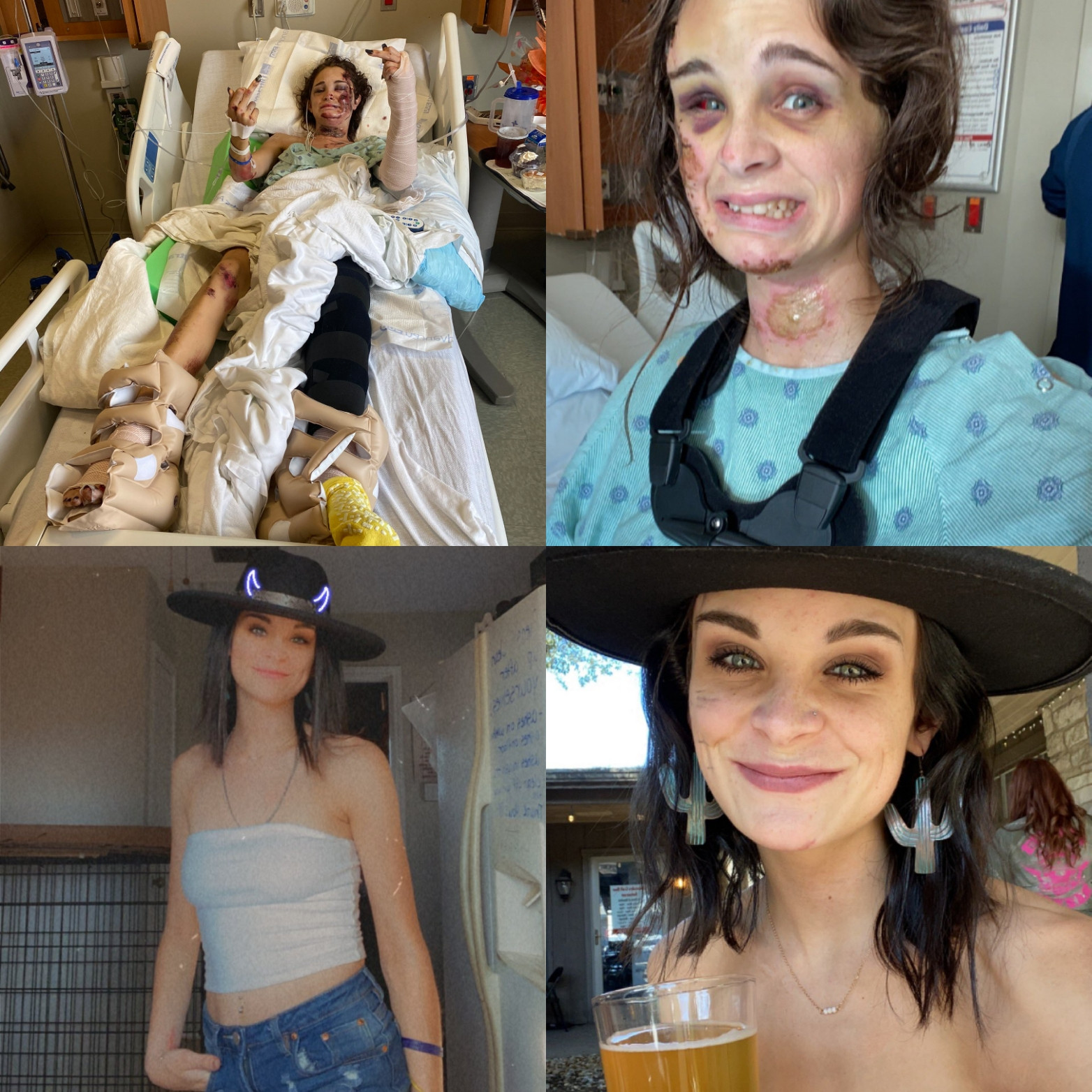 A survivor has shared photos of herself 5 months after she was involved in a motorcycle accident.

Alley Teague revealed that she and the other person on the bike were both wearing helmets when they crashed.

She broke her back, wrist, two bones in her foot, tore her ACL and had to have surgery for those. She also said she had her forehead and chin stiched after the accident.

Photos of her in the hospital recovering from the accident show her in really bad shape.

However, 5 months after the accident, she has healed so well and most of the scars and wounds have cleared too.

Sharing before and now photos, she wrote: “Saying I’m blessed would be an understatement.”