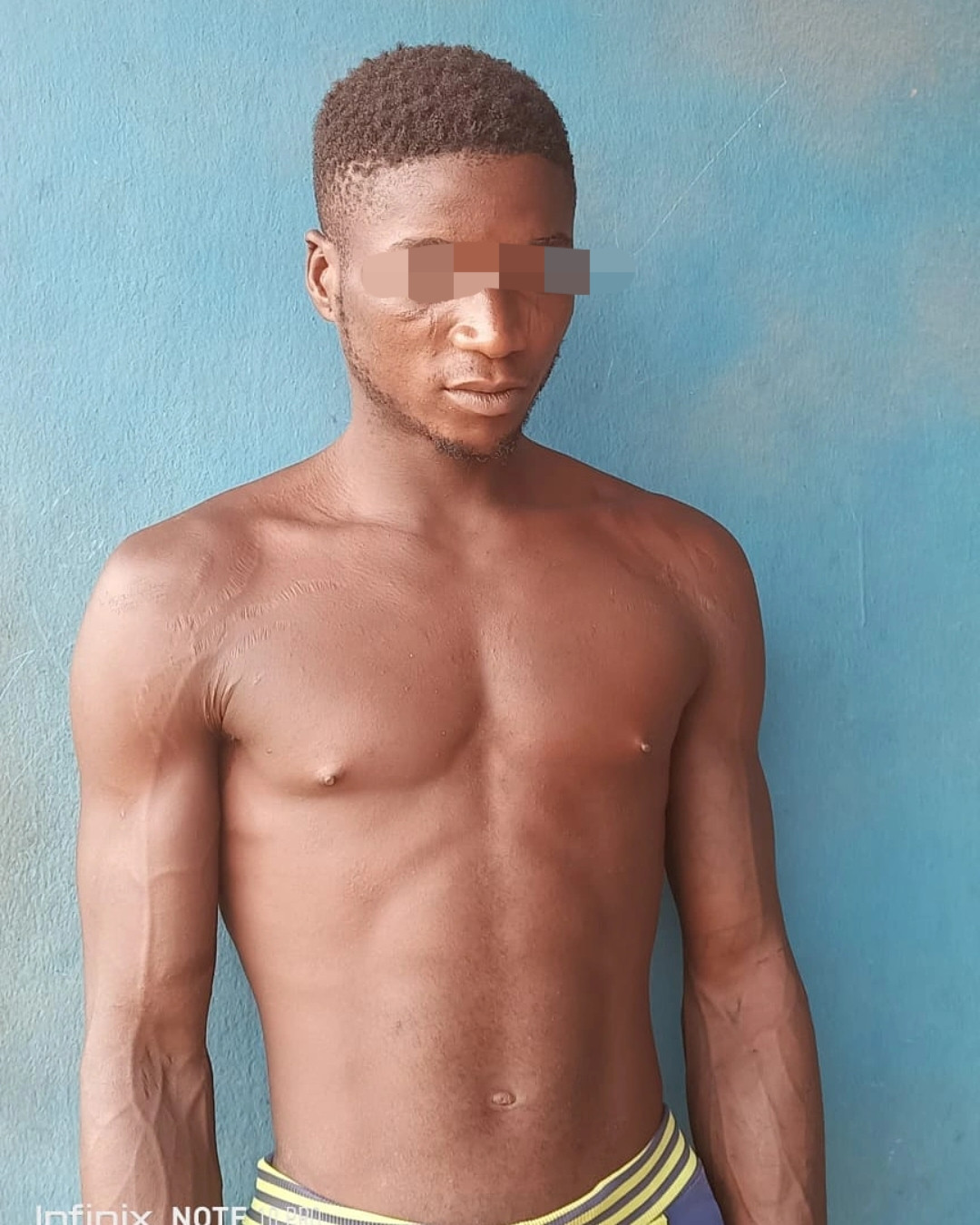 A 27 year old man, Ibrahim Sikiru was on the 30th of March 2022 arrested for killing his biological father.

The suspect was arrested following a complaint lodged at Onipanu divisional headquarters by one Abiodun Sunday a neighbor to the deceased, who reported that the deceased, Mumuni Ibrahim, a night security man came home and met his son still sleeping. He asked the son why he was still sleeping at that time of the day, and this got suspect so infuriated that he brought out cutlass which he used to cut the victim in five different places.

Upon the report, the DPO Onipanu division, CSP Bamidele Job quickly mobilized his men and moved to the scene where the suspect was arrested and victim rushed to General Hospital for treatment.

The suspect, who is suspected to be a cultist has no reasonable explanation for his action when interrogated.

On the 31st of March 2022, the victim gave up the ghost while receiving treatment at general hospital, and the family insisted on burying him according to the dictate of his religion.

Confirming the incident, the spokesperson of the command, DSP Abimbola Oyeyemi, said the state  commissioner of police, CP Lanre Bankole, has ordered the immediate transfer of the suspect to homicide section of the state criminal investigation and intelligence department for further investigation and diligent prosecution.