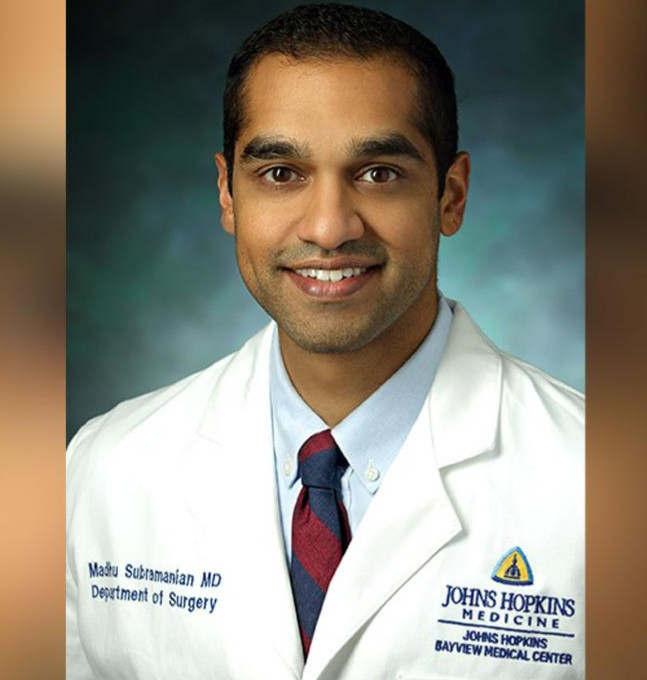 A doctor was left with gunshot wounds after he was attacked on his way to work on Friday,  April 1.

Dr. Madhu Subramanian, a 38-year-old surgeon at Johns Hopkins Bayview Medical Center and an assistant professor of surgery, was on his way to work around 7 a.m., when he was shot in an attempted carjacking in Baltimore, U.S.

City police said they found a man injured on the 1200 block of East 36th Street in Northeast Baltimore a few minutes later.

Johns Hopkins leaders said Subramanian has already been released from the hospital after receiving treatment.

Johns Hopkins Medicine CEO Paul Rothman and Johns Hopkins Health System President Kevin Sowers wrote in an email: “With his permission, we can share that Dr. Madhu Subramanian, a trauma and acute care surgeon, was on his way to work at Johns Hopkins Bayview Medical Center when the incident occurred near the 3600 block of Loch Raven Boulevard.

“Thankfully, Dr. Subramanian was not seriously injured and has been treated and released.”

Sack Your Landlord; Become A Home Owner With Homewin