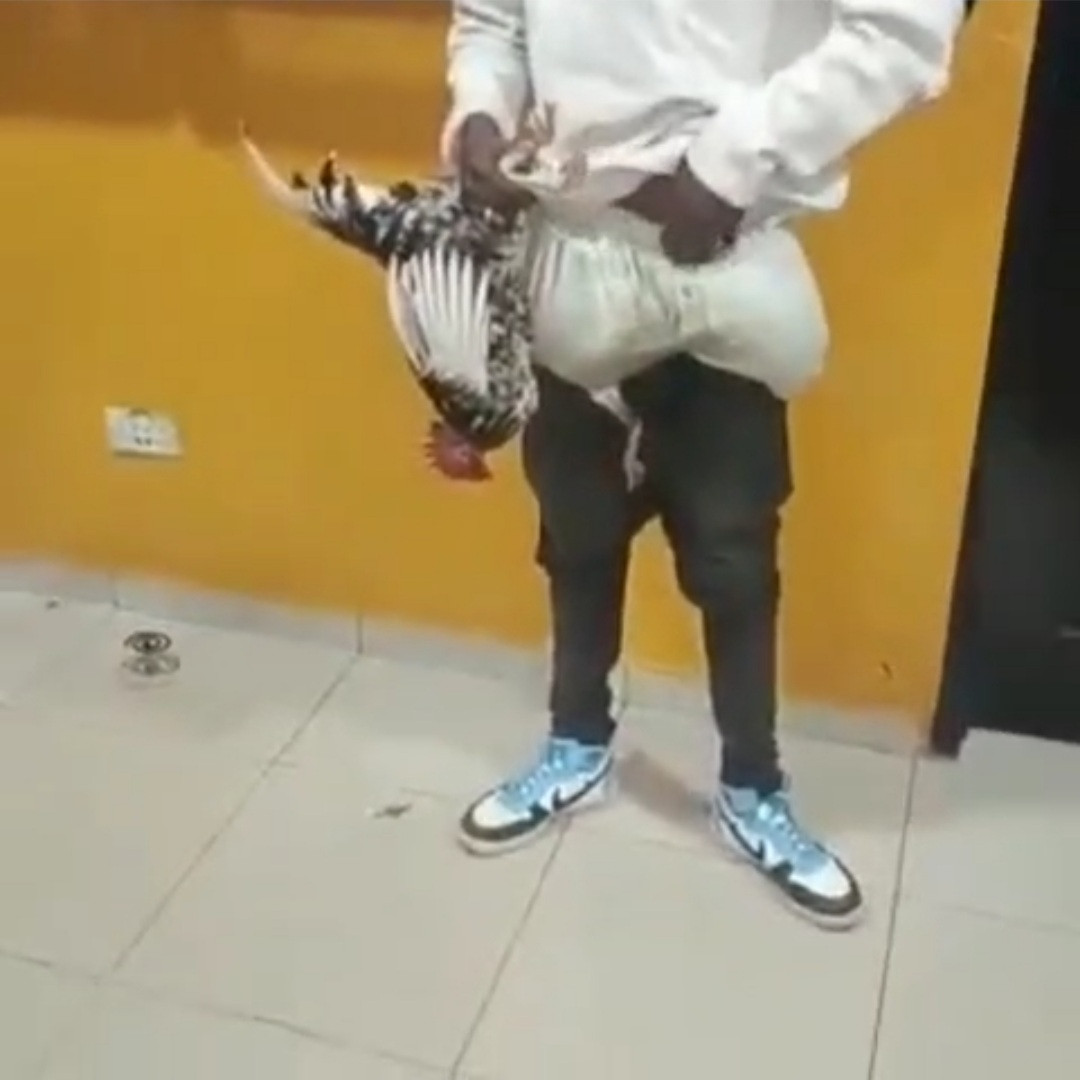 A man was caught with three stolen chickens hidden in his pants.

The man, from Ghana, had placed the stolen chickens in his boxers and then wore his trousers to conceal them.

However, his plans to escape unnoticed failed and was caught before he could make away with the chickens.

Locals who caught him made him remove all three live chickens from his boxers while they filmed.

‘Thank you, Davido,’ Singer Davido hails himself amidst being ignored by Wizkid, Burna Boy, Tiwa Savage and others over his FIFI achievement