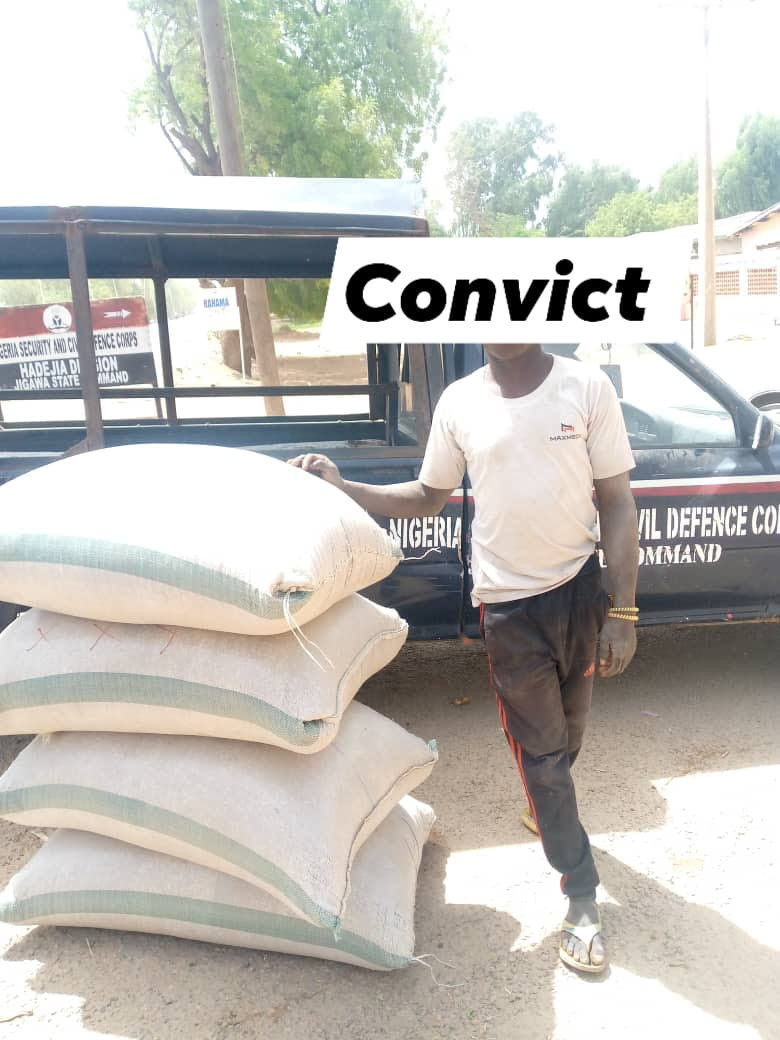 A 23-year-old man, Abdulhamid Zakar, has been jailed for attempting to sell adulterated wheat in Jigawa State.

Zakar, of Gatafa Village, Auyo LGA, was arrested by the Agro Rangers of the Nigeria Security and Civil Defence Corps (NSCDC) Jigawa State Command at Hadejia Agricultural Produce and Grains Market with four sacks of adulterated wheat worth N144,000.00.

Spokesperson of the command in the state, CSC Adamu Shehu, in a statement on Saturday April 2, said the accused was arraigned on March 30th, before the Jigawa State Mobile Court in Hadejia on a suspected case of adulteration of wheat intended for sale.

The Chief Magistrate, Mannir Sarki Abdullahi, charged the accused with adulteration of foods intended for sale contrary to Section 184 of the Penal Code Law and sentenced him to six months imprisonment with a fine option of N70,000.

The exhibits recovered were seized by the court and would be destroyed.

Under PDP, we had army of phantom soldiers whose pay went to politicians’ pockets

Photos from the wedding of Gov Okowa’s daughter