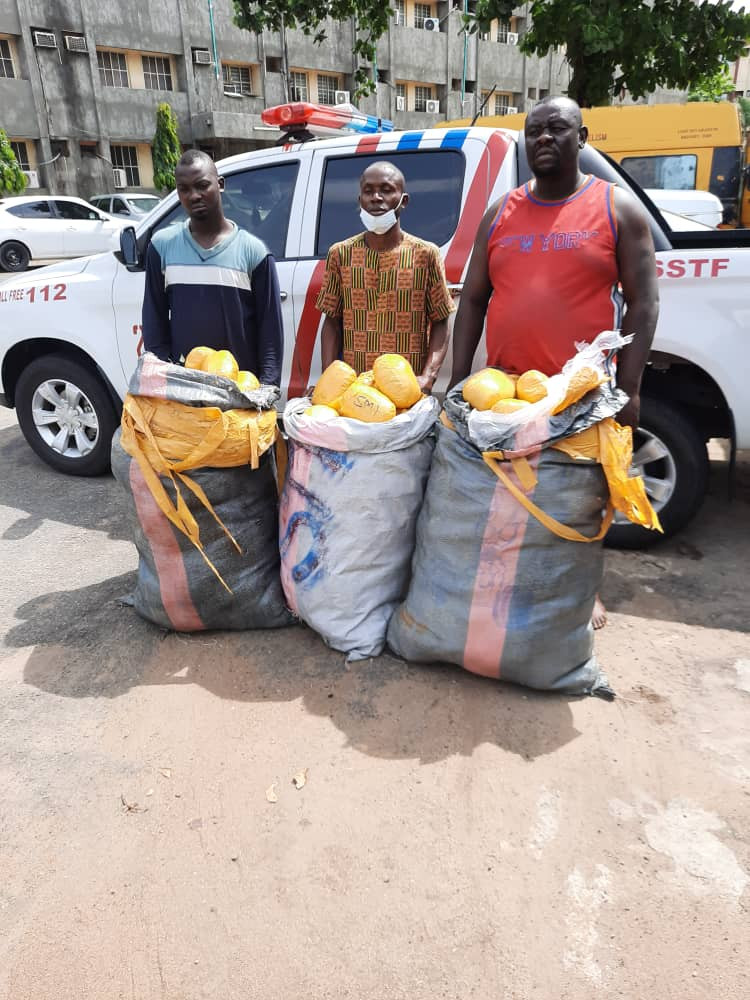 Operatives of the Rapid Response Squad (RRS) in the early hours of today April 3, 2022 intercepted a busload of illicit drugs at the Mile 2 area of Lagos State.

Preliminary investigations revealed that the drugs which were loaded in a Lagos colour LT bus, with the registration number AGL 205 YD belonged to one Alhaji, better known as General in Mushin.

A member of the drug syndicate confessed to the police that they picked up the consignment, which has a street value of about Ten Million Naira (10,000,000.00), at Alaba Rago around 2200hrs yesterday for shipment to Mushin.

Luck however ran out on them when RRS officials on patrol stopped the bus on a routine check at about 4am today.

Another member of the syndicate, Oluwole Omojuyitan, 40, who had initially escaped the scene on a bike, was arrested by the operatives after he came back with a sum of Five Hundred Thousand Naira (N500,000.00) to bribe the officers to release the drugs and suspects.

Other arrested members of the gang include Ojukwu Omanogho aged 36 and Hope Jumbo aged 40.

Spokesperson of the state police command, SP Benjamin Hundeyin, who confirmed the incident, said the state commissioner of Police, CP Abiodun Alabi while commending the Commander RRS, CSP Olayinka Egbeyemi and the team, directed that the suspects and exhibits be transferred to the Command Headquarters for further investigations.

Tonto Dikeh describes her ex, Prince Kpokpogri as a “public dog” as she dismisses claims they are back together