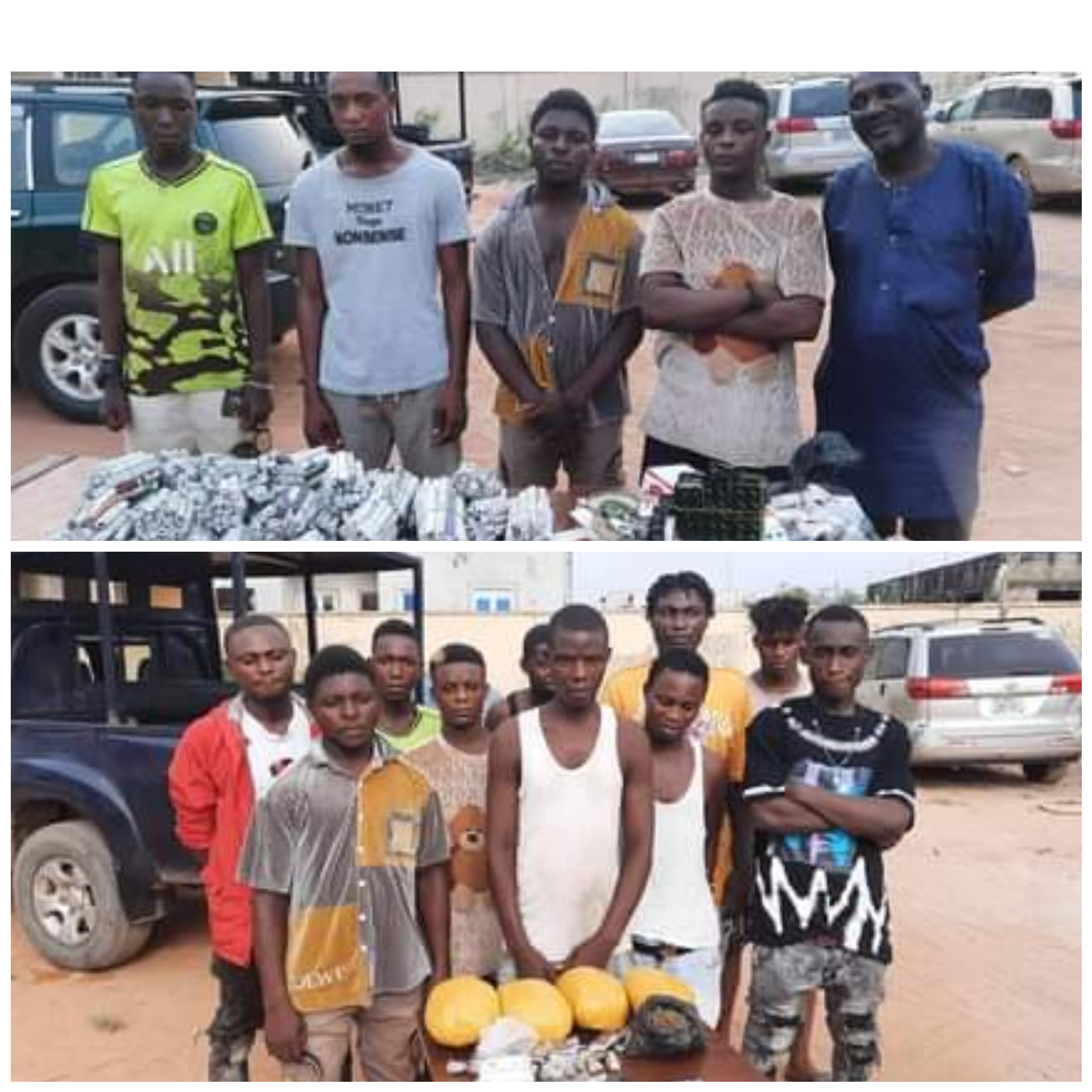 Operatives of the Delta State Police Command have rescued an abducted victim and arrested a suspected kidnapper.

Spokesperson of the command in a statement, DSP Bright Edafe, in a statement on Sunday, said that 10 suspected cultists, a drug baron, four other suspects were also arrested and tramadol, Indian hemp, and some other illicit drugs recovered from them.

“On 1/04/2022 at about 0430hrs, a distressed call was received from an anonymous caller in Igbide community, Oleh that some hoodlums suspected to be kidnappers numbering about five (5) operating in a blue color Toyota Camry suspected to be conveying an abducted victim was spotted heading towards an isolated bush path in Igbide,” the PPRO stated.

Consequently, the DPO Oleh Division SP Paul Obaware swiftly mobilized and led a combined team of Police/vigilante’s in search of the vehicle with a view to rescuing the victim and arresting the hoodlums.

The hoodlums upon noticing that the Police were closing up on them attempted to relocate the victim but were met with a stiff resistance from the Police. One of the suspects named James Michael ‘m’ a.k.a biggy aged 29yrs that has been on the Command’s wanted list was arrested while others escaped.

Edafe noted that preliminary investigations revealed that the suspect is among the syndicate that kidnapped a woman (name withheld) early this year in Oleh and also part of the syndicate that attacked policemen in Idu roundabout about two months ago.

“The victim (name withheld) who was rescued unhurt stated that he was kidnapped at Otor-Whe community on 29/03/2022 at about 1522hrs. Victim has been reunited with his family while manhunt for the fleeing members of the gang is ongoing,” he added.

In another development, on 31/3/2022 at about 1145hrs the Command raider’s operatives raided suspected cultists hideouts in Udu/Otu-Jeremi of Udu and Ughelli south LGA’S.

During the raid, four hundred and thirty-six (436) wraps of weeds suspected to be Indian hemp, thirty (30) packets of tramadol and some other illicit drugs were recovered. investigation is ongoing.

The statement added that the Command under the leadership of CP Ari Muhammed Ali, will leave no stone unturn in the fight against crime and criminality in the State.

“The CP has ordered that continuous raid of criminal hideouts and black spots be sustained. He also appreciates the efforts of Nigerians particularly Deltans for their continuous support to the Police in this fight and promises to continue to deliver in order to have a crime free State.”