Controversial singer, Portable a.k.a Dr. Zeh, has seemingly buried the hatchet with his former promoter, Kogbagidi, months after they had a public fallout.

Shortly after Portable achieved celebrity status with his hit-song “Zazu”, he fired Kogbagidi over claims of ripping him of his hard-earned money which led to a series of tantrums hauled at one another on social media. 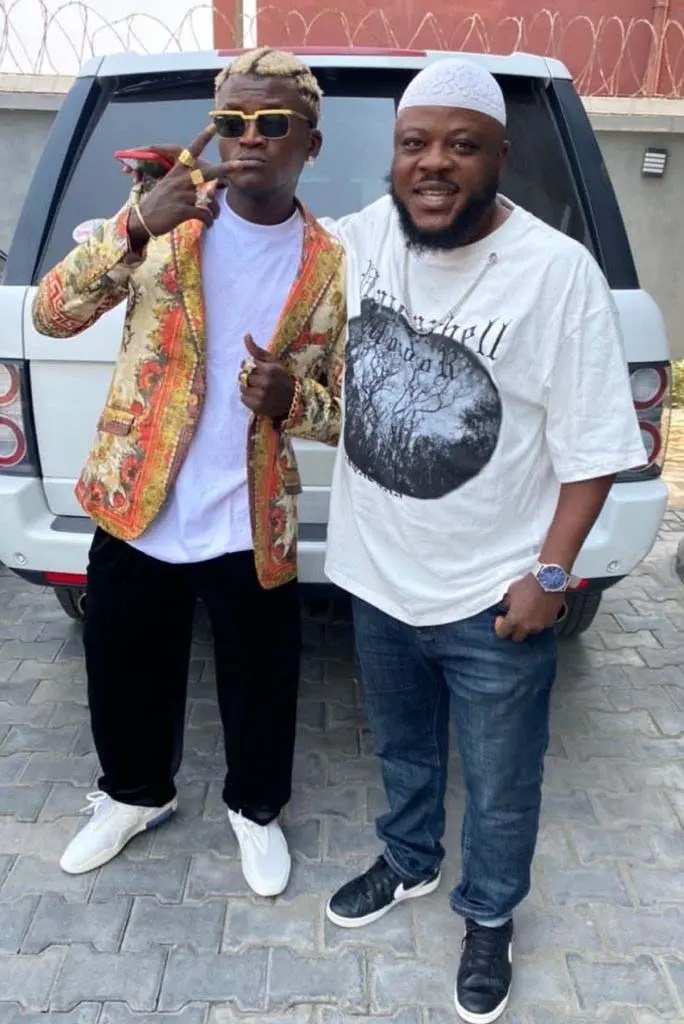 However, in his most recent Instagram post, Portable shared a video of himself while on a video call with Kogbagidi as the duo settled their differences.

Sharing the video, he captioned it ;

“Life Na Portable Kogbagidi
I believe in God my phone 📱 and Sub any disappointment is a blessing ZAzuu One Love ❤️ Boss of life @kogbagidi,”

Watch the video below …

“I got married at 25” – Reality TV star, Pere opens up about failed marriage to abroad ex-wife (Video)