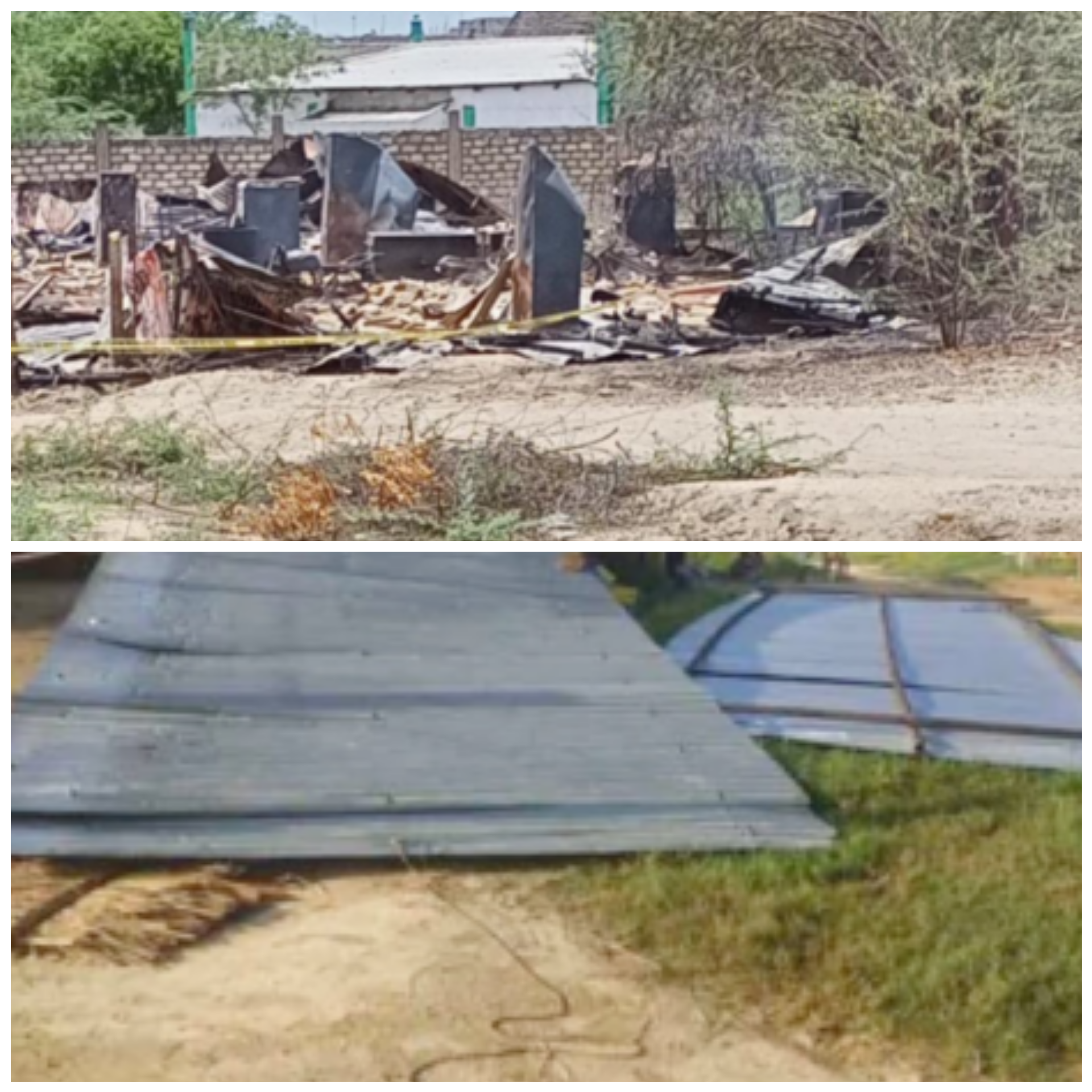 The senior pastor of Evangelical Church in Tana River County, Kenya, has demolished his church in anger after he caught his wife and the assistant pastor having a romantic moment after a prayer vigil.

According to Nairobi News, the preacher is said to have caught his wife kissing the assistant pastor in the church.

Joan Mulei, a member of the worship team, said the pastor and the wife left immediately after the service only for the pastor’s wife to return a few minutes later.

“People had already left and only the assistant pastor and a few worship team members stayed behind for a meeting when she walked in and joined in the meeting that would later end prematurely,” she said.

Ms Mulei says the pastor’s wife kept making the meeting as brief as possible by interjecting in each statement and giving immediate proposals.

The group ended the meeting with a prayer and proceeded home, leaving behind the youthful assistant pastor and the Reverend’s wife who appeared to be holding another exclusive meeting.

“While we were walking home, we met the senior pastor at the junction to the church, he looked worried and asked if we had seen his wife, we told him she was still held in a meeting with his assistant,” she said.

The pastor headed towards the church to pick up his wife as he feared the insecurity in the town following a rise in murder incidents by the Kayole Brothers gang.

On arrival at the Church, he found the lights switched off and the main door closed. He decided to use that rear door where he was shocked to find his wife entangled in the arms of his assistant, lost in a passionate kiss.

“We heard a man scream, Yesuuu!!!Yesu!!! And we thought he had been attacked so we ran to his rescue since we knew the voice of the pastor only to find him bringing down the church while the wife was pleading with him to settle,” said Ali Mohammed, a resident living near the church.

The man of God in tears demolished the iron-sheet-made building in the night and immediately hired some youth to carry them away.

Immediately after, he left the town for an unknown place and has not picked up calls since.

The wife has since left for her matrimonial home, leaving the church members in a dilemma.

Reached for comment, the youthful assistant pastor noted that all that happened was the devil’s work.

He claimed that the pastor’s wife coerced him into the act, denying that they have been having an affair.

“I don’t even know how it got that far, I only came to my senses when the pastor shouted my name upon catching us,” he said.

Church Members have resolved to rebuild the church and cleanse the altar of sin.

Some church elders have also resolved to dismiss the assistant pastor from the church and look for their senior pastor for talks and counselling.

U.S. frees Algerian man accused of being a bomb-making instructor after being held for nearly 20 years at Guantanamo Bay but never tried for a crime