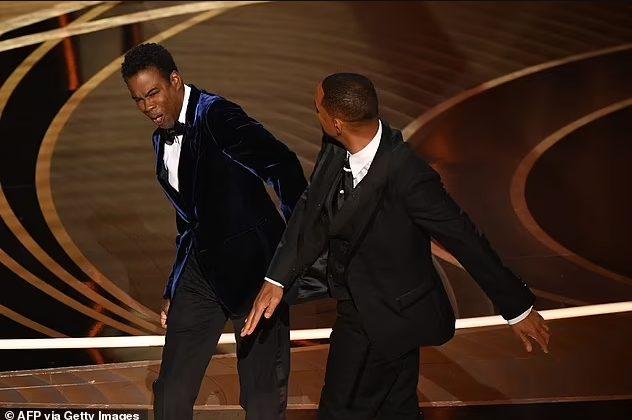 Will Smith’s upcoming blockbusters could be put on hold following his attack on Chris Rock at last weekend’s Oscars ceremony.

According to The Hollywood Reporter, work on the fourth installment of the Bad Boys film franchise has been halted by Sony following the Oscars shame.

The film would have seen Smith reunited with co-star Martin Lawrence as a maverick Miami drugs agent.

This comes after Netflix reportedly slowed down production on its planned action thriller movie Fast and Loose, which stars the 53-year-old Smith.

Industry sources say studios want to assess how tarnished Smith’s reputation has become after he stormed on stage to slap Rock for making a joke at the expense of his wife, Jada Pinkett Smith, before sinking millions of dollars into further projects.

The Men in Black and Ali actor is also due to appear in Apple TV’s £90 million slavery drama Emancipation this autumn, but there has so far been no suggestion that will be delayed.

Smith, who got triggered over Rock’s joke about his wife’s shaved head, a result of alopecia – has since announced his resignation from the Academy of Motion Picture Arts and Sciences, saying he had ‘betrayed’ its trust.

One Academy member said: ‘Some of the members are saying Will jumped before he was pushed. The executives are still in utter disbelief at what happened.’

The Academy said it would ‘continue to move forward’ with disciplinary proceedings.

Anywhere breeze blow you dey there

Top 4 places to visit during Ramadan