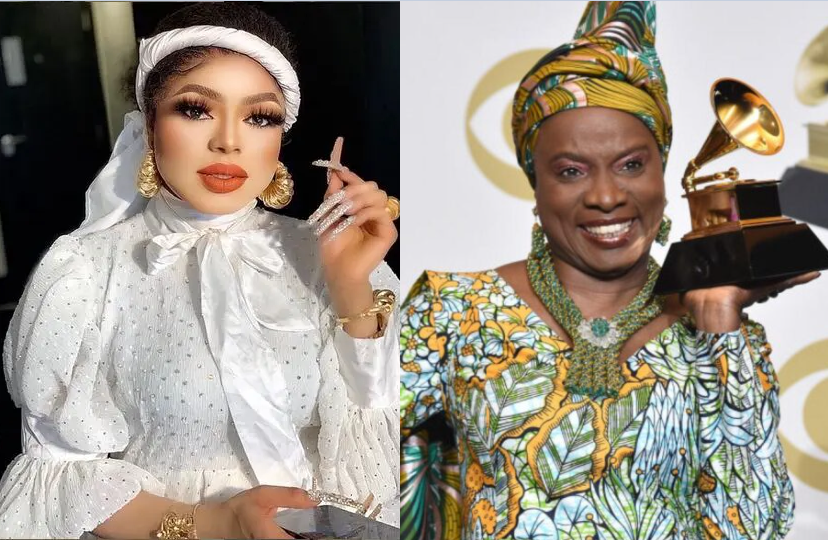 Bobrisky has criticized those discrediting Angelique Kidjo for winning her 5th Grammy award on Sunday.

The Beninese singer won the 2022 Grammy in the Best Global Music Album category, the fifth of her 40-year-career.

Kidjo’s ‘Mother Nature’ album, earned her the Grammy win ahead of Femi Kuti and son, Made, WizKid (all from Nigeria), Ghana’s Rocky Dawuni, and Hawaii’s Daniel Ho.

While some angry fans took to Twitter to discredit the singer following her latest achievement, Bobrisky was left unpleased with the move.

The crossdresser took to Twitter to react while recalling how Angelique was praised and referred to as a legend when she beat Burna Boy to a Grammy award in 2020.

He wrote:  “when Angelique Kidjo beat Burna Boy, you all praised her and referred to her as a legend. but today you all are using numbers to discredit her?”

‘Aww, you deserve Grammy, mama is even feeling the vibes’ DJ Cuppy’s performance at her grandmother’s 90th birthday gets people talking