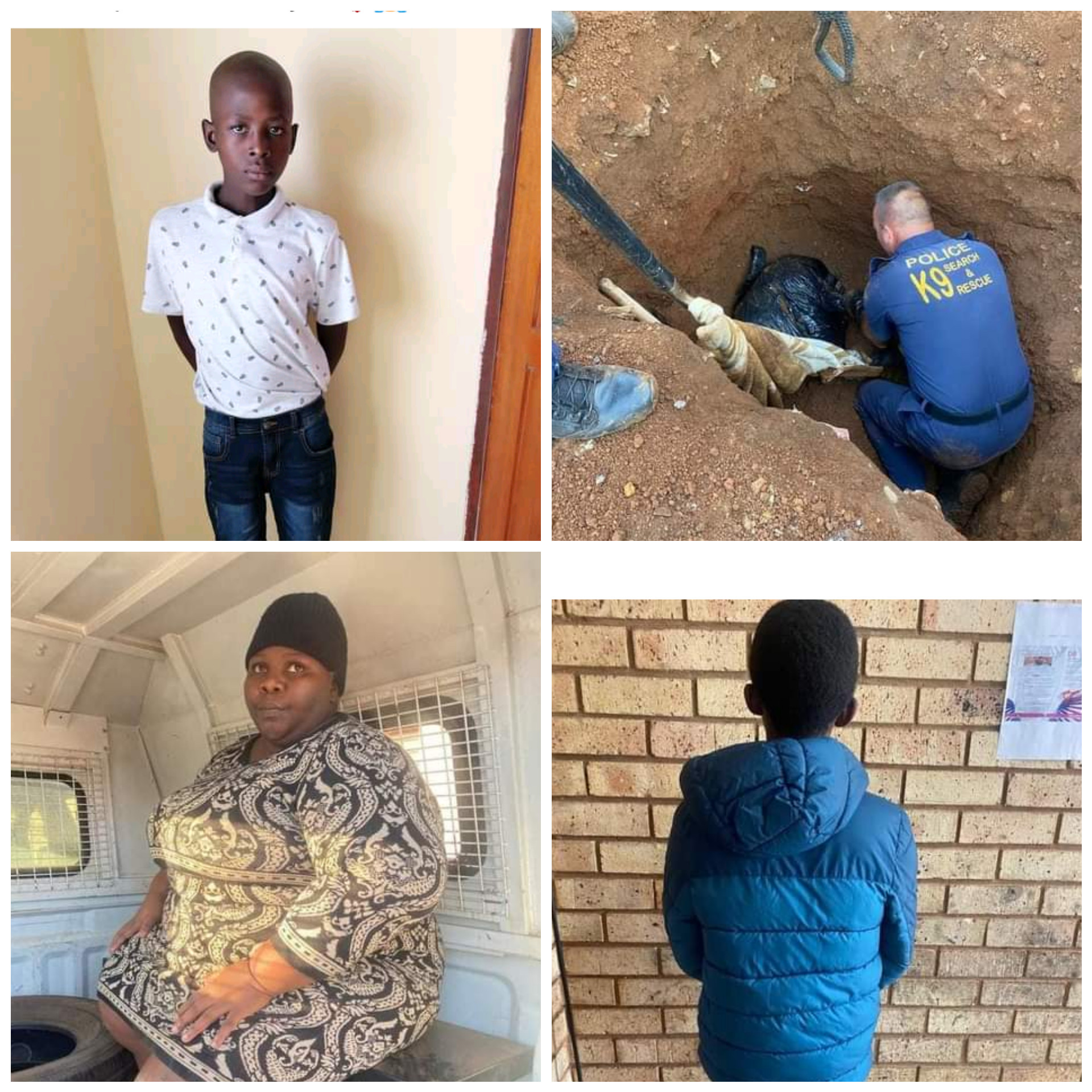 The body of a missing 16-year-old boy, Neo Mahlangu, has been found buried in his aunt’s backyard in South Africa three weeks after she reported him missing.

Neo was declared missing after visiting his aunt identified as Andile Aalivirah, in Tsakane, Gautenglast month. The teenager was allegedlly beaten to death by the woman.

His aunt, who had lodged a case of a missing person at the police station, was arrested together with her 14-year-old son on Friday, April 1.

The woman’s son reportedly assisted his mother in beating Neo to death and burying the body in the backyard.

The body was exhumed by police from a large pit which the aunt reportedly hired people to dig in the pretence of wanting to install a water tank.

The 36-year-old woman is expected to appear before the Tsakane Magistrate’s Court on Monday, April 4, facing charges of murder, defeating the ends of justice and perjury.

‘In tears, I was asking God how I’ll cope with these little children’ Actress Regina Chukwu reminisces on her husband’s death as her daughter clocks 21