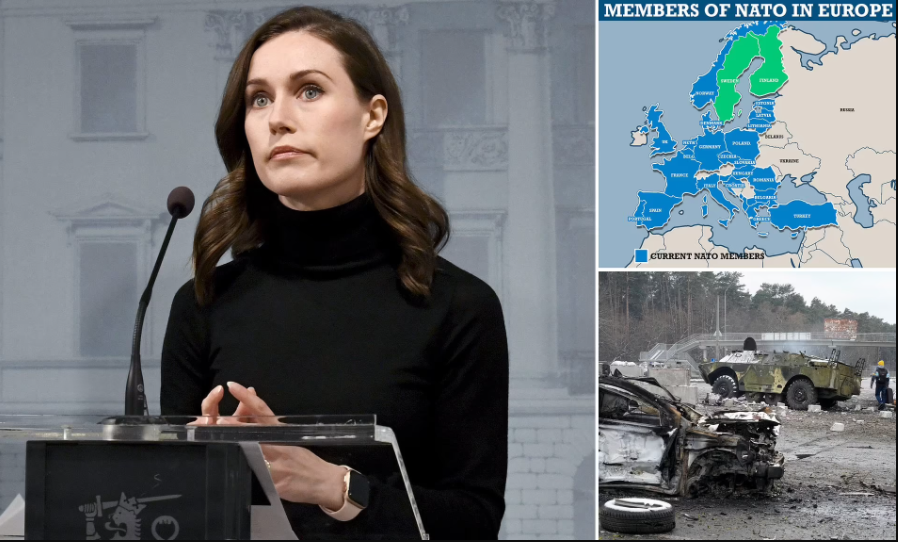 Finland are preparing to make the call on whether to join NATO in just weeks following Russia’s invasion of Ukraine.

The country may join the transatlantic military alliance despite warnings of retaliation and ‘military and political consequences’ from the Kremlin.

Prime Minister Sanna Marin this weekend said: ‘Both joining (NATO) and not joining are choices that have consequences.

‘We need to assess both the short-term and long-term effects. At the same time, we must keep in mind our goal: ensuring the security of Finland and Finns in all situations.’

Marin added that Finland’s relationship with neighboring Russia has changed irreversibly after the assault on Ukraine, and ‘it takes a lot of time and work for confidence to be restored’.

Finland shares an 830-mile (1,340-kilometre) border with Russia, the longest by any European Union member. But It has remained militarily non-aligned and not engaging in war or conflict, since the end of the Cold War for fear of provoking Moscow.

He told Kyodo News that Finland must be prepared for ‘more negative military scenarios’.

This comes despite hints of retaliation from Moscow should the country join NATO.

Last month a Russian politician warned of ‘serious military and political consequences’ if Finland and Sweden joined the alliance.

Russian Foreign Ministry Second European Department Director Sergei Belyayev told Interfax: ‘It is obvious that Finland and Sweden’s joining NATO, which is a military organization in the first place, would have serious military and political consequences requiring use to revise the entire range of relations with these countries and take retaliatory measures.’