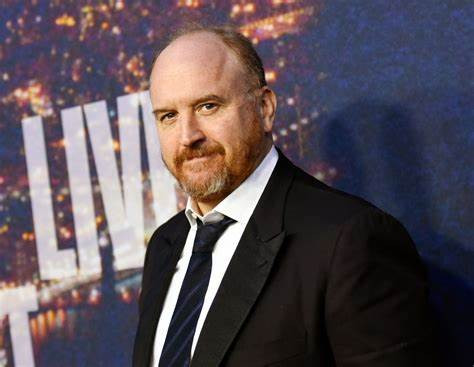 The comedian did not appear at the ceremony, nor was his win televised on the CBS broadcast. This was C.K.’s third Grammy win in the category, and first since he admitted to sexual misconduct in 2017.

C.K. also joked about the sexual misconduct allegations in his album, addressing what happened and the effect it had on his experience of being out in the public after they surfaced.

Five women had detailed their experiences with C.K. in a bombshell 2017 New York Times report, claiming that C.K. masturbated in front of them and others without their consent. At the time, C.K. responded with a lengthy statement, saying “these stories are true” and taking a step back from the spotlight.

The comedian said at the time;

“The hardest regret to live with is what you’ve done to hurt someone else. And I can hardly wrap my head around the scope of hurt I brought on them.

“I have spent my long and lucky career talking and saying anything I want. I will now step back and take a long time to listen.”

Following his admission, the fallout was fast: FX severed ties with C.K., whose shows Louie and Better Things aired on the network. C.K. was dropped by all his reps, too, while Netflix canceled an upcoming stand-up special and HBO cut all of his content from its library. Orchard also canceled the release of his film I Love You, Daddy — though C.K. bought the rights to the title back.

“‘Cancel culture’ seems pretty selective, hmm?” wrote Sarah Ann Masse, one of the more than 80 women who accused Harvey Weinstein of sexual misconduct. “And thanks so much to our industry for once again telling us that survivors don’t matter.”

“I open leg for you no mean say we be levels” – Tonto Dikeh continues to drag ex-lover, Kpokpogri; orders him to return her valuables