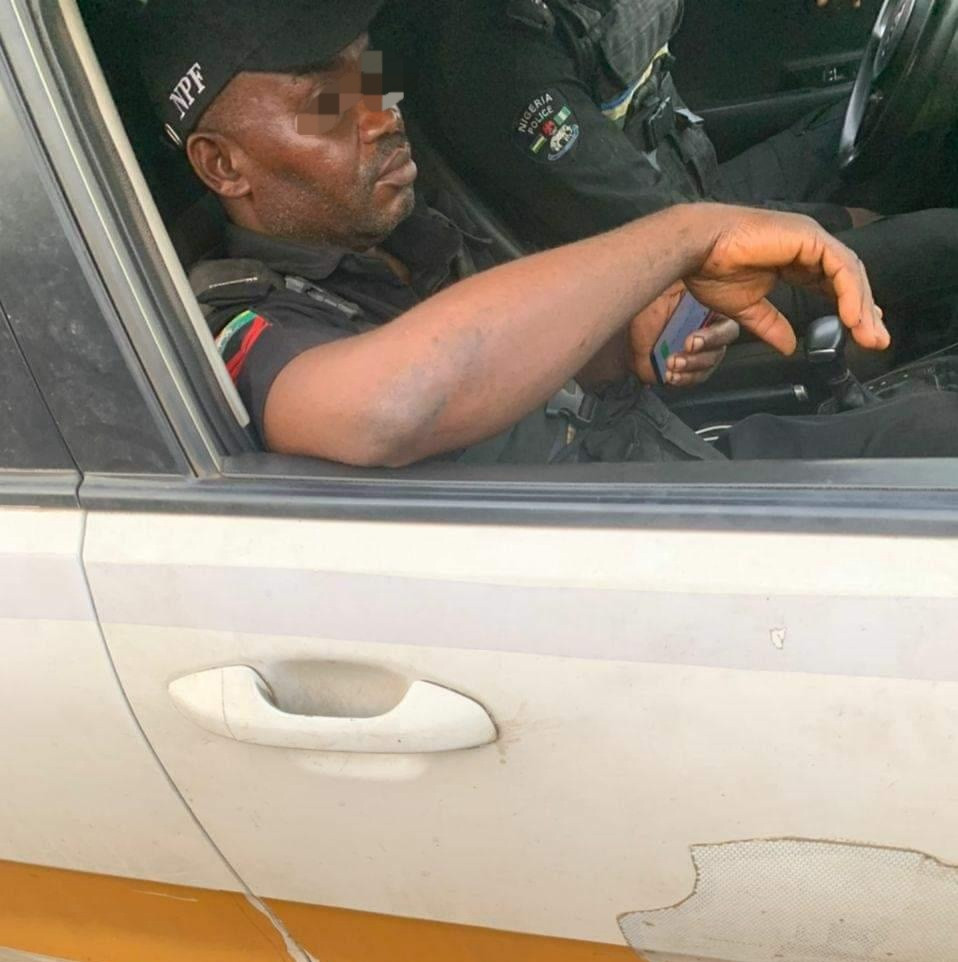 A man has accused a police officer of extorting N130,000 from him after accusing him of being a Yahoo boy.

The man said he was stopped by officers close to the Gurumaraji camp along the Ibadan expressway.

He provided the documents they asked for and revealed that the car belongs to his friend.

He said he was told to call his friend and he did.

After the police spoke with his friend, they asked him for his ID card and driver’s license and he presented both.

He said they then started going through his phone and accused him of being a Yahoo Boy.

He told LIB: “They started saying I’m a Yahoo boy and that if I’m not why will I be driving a big car (Toyota Venza)”.

He said he asked them to take him to the nearest police station but they allegedly threatened to shoot him.

He alleged that they got into his car and began driving him around while making threats.

They eventually asked him to pay N500,000 but he pleaded that he doesn’t have up to that amount in his account.

He claimed one of the officers named Festus Akele, eventually provided his account number and N130,000 was transferred to the officer.

The young man was freed only after the transfer had allegedly been received.

He managed to take a photo of one of the officers and he shared this with LIB.

He also shared the receipt of the alleged transaction.