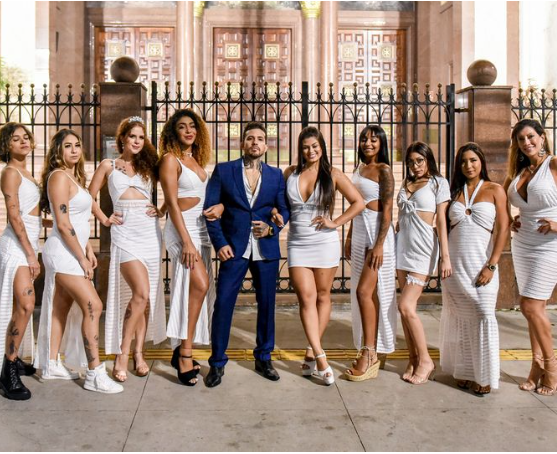 A man who married nine wives at once to celebrate free love (read here) has revealed he plans to marry two more women and wants babies with all of them.

Arthur O Urso, from Brazil, hit headlines when he discussed his controversial marriage to nine women.

Now, after facing a divorce from one of the women, the model hopes to find two more ladies to marry.

Arthur said of Agatha’s decision to leave: “She wanted to have me all to herself. It didn’t make sense – we have to share.”

He added: “I was very sad about the separation and even more surprised by her excuse.

“She said that she was missing a monogamous relationship.

“My other wives thought her attitude was wrong and that she accepted the marriage for adventure and not for real feelings.

“I know I’ve lost a wife, but I’m not going to replace her at the moment.”

Now, with 8 wives, Arthur hopes to marry two more women to bring his total of wives to 10.

He admitted: “I have a dream – my wish has always been to have 10 wives. I only have one daughter.

“But I want to have a child with each one of my wives.”

He concluded: “The love I feel for each of them is the same.

“I think it would be unfair to only have children with one or two of them.”

‘In tears, I was asking God how I’ll cope with these little children’ Actress Regina Chukwu reminisces on her husband’s death as her daughter clocks 21